اخبارالعرب 24-كندا:الخميس 15 سبتمبر 2022 08:50 صباحاً Several homeowners in rural Ottawa say they're tired, frustrated and out tens of thousands of dollars after hiring a contractor for a job that was never finished.

CBC spoke to four people who all confirmed they hired Serge Yasmine of BMX Renovations, a Gatineau, Que., company, to install in-ground pools on their properties during the pandemic. Three agreed to share their stories.

All said they signed contracts with Yasmine after he was recommended by someone they knew, paid tens of thousands of dollars in deposits, equipment and labour, and in every case the work was never completed.

Two of the homeowners CBC spoke to are suing Yasmine and the contractor has also been charged by Ottawa police for uttering death threats to one of his customers.

Yasmine has repeatedly ignored CBC's requests for an interview, but in a series of text messages, blamed the pandemic and inflation for the delays in finishing the projects he was hired for.

Tyler Bruce looks over his unfinished pool in the backyard of his recently built home in Greely, in the south end of Ottawa.

It's a job that was supposed to be done by now and by Yasmine.

In February 2021, Bruce met with Yasmine for a consultation.

"He promised us he was going to, and these were his words, not mine, 'make our backyard dreams come true,'" recalls Bruce.

The couple signed a $70,000 contract with Yasmine and paid a $20,000 deposit meant to cover all of the pool materials. The work was to begin that August and be completed in about six weeks. 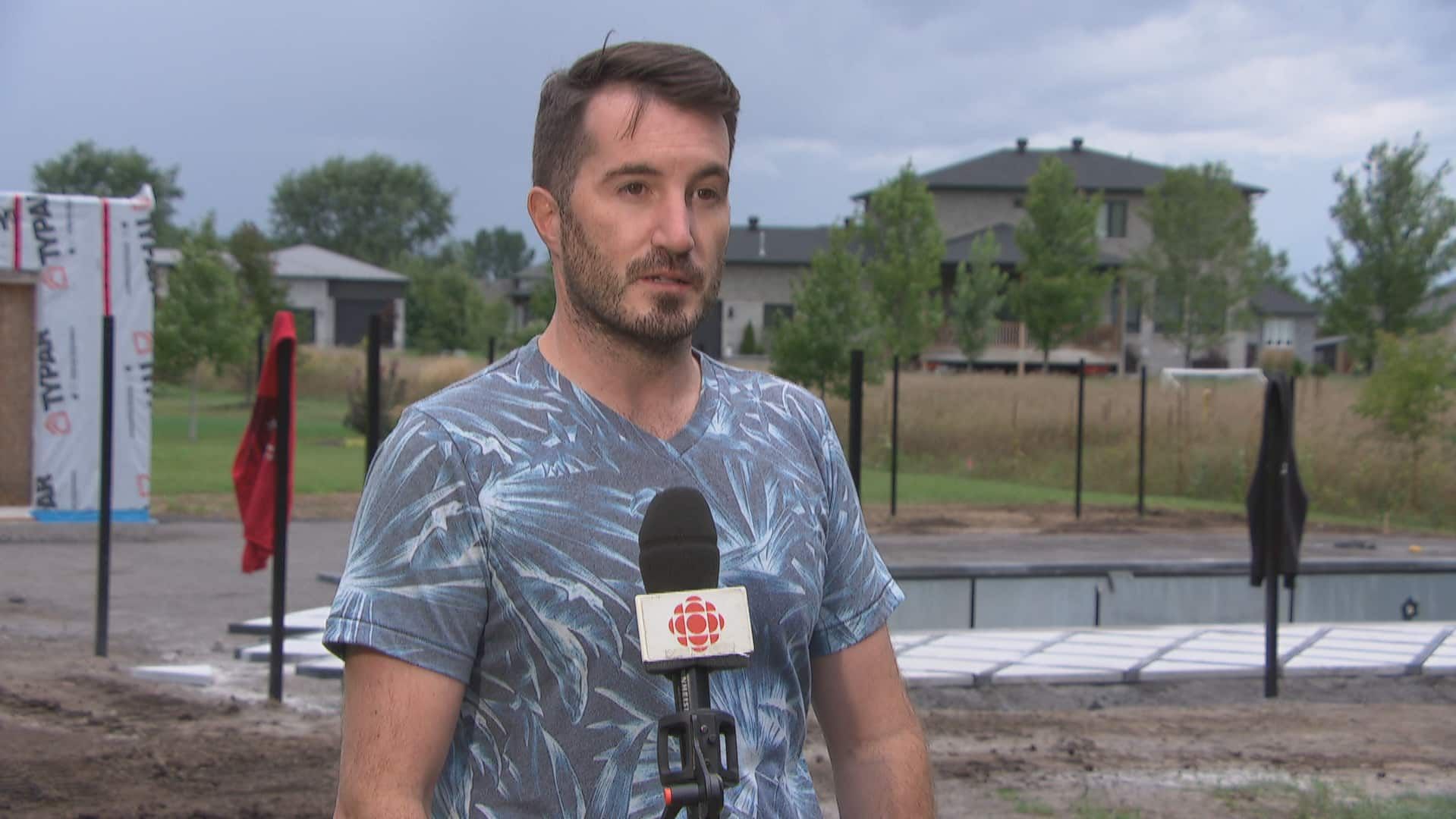 Tyler Bruce, who hired Serge Yasmine to install a pool at his Greely home, says he parted ways with the contractor after many delays and he’s now stuck paying “six figures” to get the work finished.

A year earlier, about 16 kilometres away in Manotick, Khalid Amr, had also hired the contractor to install a pool. He signed a contract with Yasmine for $48,000, and immediately paid a $15,000 down payment. The job was expected to begin in July 2020 and Amr was promised it would be over no later than the end of August that year.

"This was a horror story," said Richard Brant, who says he had a similar experience.

Already having hired someone to do the landscaping of his backyard, Brant and his wife were looking to have a pool installed for the summer of 2021.

Having seen several of his neighbours hire BMX Renovations, Brant said he signed a standard contract worth $46,000 for a three-week installation job to begin in July. He also paid a $15,000 deposit and then another $12,500 for supplies up front.

It didn't take long for alarm bells to go off. As work began, all three customers said progress was slow.

Lawns were torn up, trees ripped out, holes dug and concrete was eventually poured, but all over a period of several months instead of the few weeks that was promised.

When asked about timing, "the contractor would go dark for weeks on end. Promised everything. Day after day, for months, would say 'I'm on my way there now.' Then always something," said Bruce.

Everything from equipment malfunctions, a death in the family or medical appointments, Bruce said there was "always an excuse, never any delivery."

CBC reviewed hundreds of text messages exchanged between Brant and Yasmine from to November 2020 and October 2021, which show at least 30 instances in which work, equipment or communication was promised, then cancelled by Yasmine. 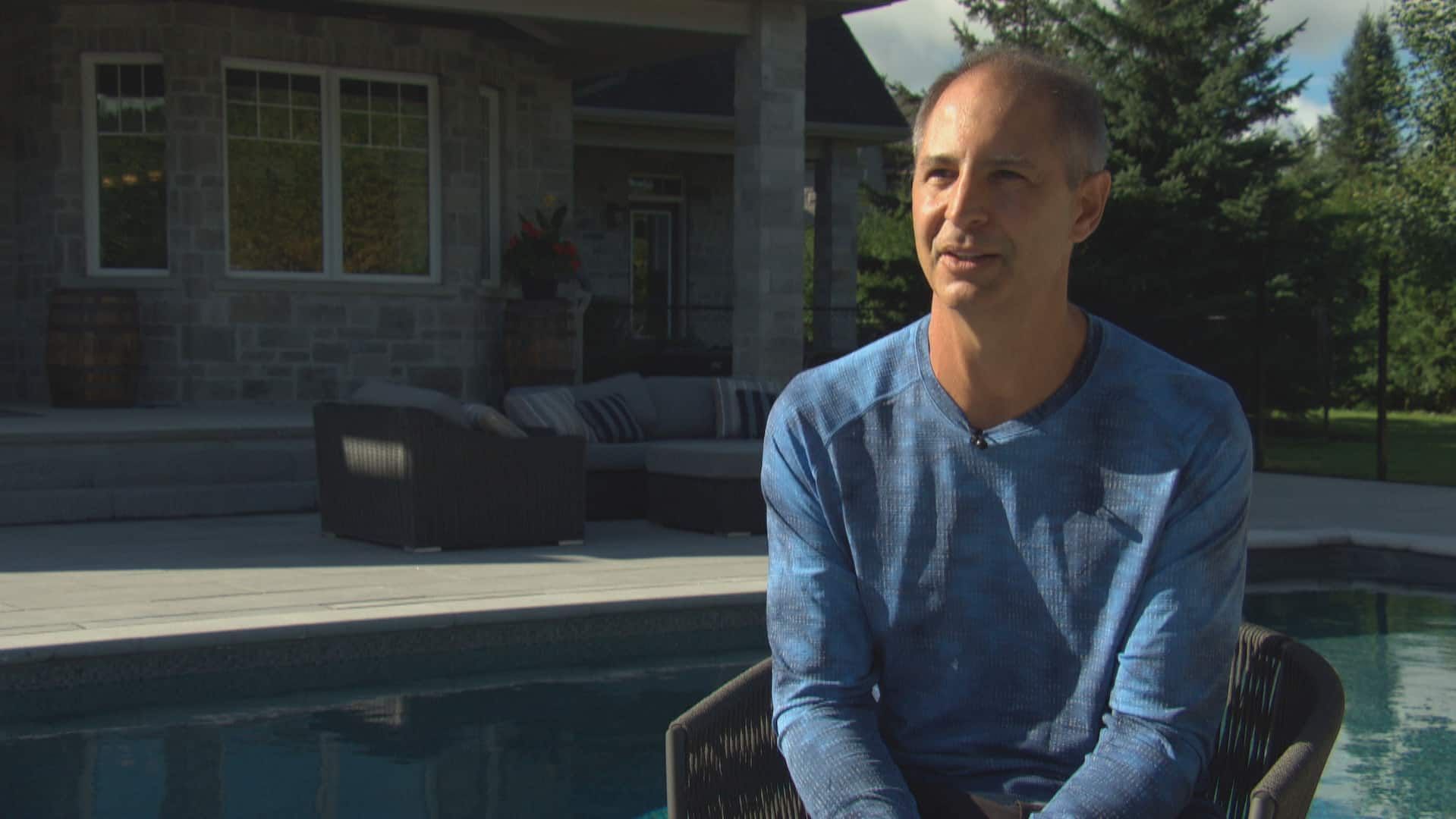 Richard Brant says Serge Yasmine of BMX Renovations wasn’t often at the site to supervise the installation of a pool he had agreed to build. In a series of text messages, Yasmine blamed the pandemic and inflation for delays in finishing several projects.

Bruce, Amr and Brant were all asked by the contractor for more money, even with the majority of the work yet to begin. Yasmine told them it was to pay suppliers.

Amr paid an additional $15,000, followed by another request for $5,000. Brant was asked for $5,000 cash within the first hour of Yasmine beginning the work at his home.

Bruce also made additional payments, like the others, believing he was paying suppliers up front for necessary equipment.

But much of the equipment never showed up. The contractor blamed the delays on the pandemic, on customers and suppliers.

In one text message exchange, Brant tells Yasmine he's nervous about being asked for more money so early on in the project.

"If you have issues with trust, I rather we go separate ways now because it's only gonna get worst from here," Yasmine wrote back. "I have $100,000 bobcat sitting on your property. You think I'm gonna [take] the money and run?"

But despite reassurances, months into the job it became clear to Bruce, Amr and Brant that they needed to end their contracts with Yasmine. Winter was approaching and Brant was left with a mud pit filled with water and frogs.

Bruce who expected the pool to be finished by the end of summer last year, waited throughout the winter and into this spring. He and his fiance had plans to host their wedding reception in their backyard this June which they had to cancel.

Both he and Amr's backyards are still not fully completed. Brant hired a different company to complete his pool late last year.

They threatened legal action. Yasmine allegedly retaliated with threats of his own.

Earlier this year, he was charged by Ottawa police for uttering death threats after he left a voicemail on Brant's phone. CBC has reviewed the voicemail. It contained only one word that sounded like "dead."

After refusing to pay him any more money, Yasmine also put a lien on Amr's house, which Amr has since had removed.

He said his company is currently being dissolved.

"It is unfortunate for some clients because we financially could not recover. Add inflation and all the material shortages and customers refusing to pay for certain jobs, we could not sustain remaining in business," Yasmine wrote.

He would not agree to an interview.

"I will be referring this matter to the Ottawa Police Service, and I will defer to their position. As for any claims, the media is not the appropriate forum to pursue or address these claims, some of which are well over two years old," Yasmine wrote in a final text to CBC.

Bruce, Amr and Brant were all forced to hire other contractors to finish the job.

Bruce said he has completed some of the work on his own, building a shed he had hired Yasmine to make. A new company has taken over finishing his pool and the landscaping of his backyard.

He estimates having spent more than $100,000 on the whole ordeal.

"When you work for something and pay for someone to do it and then you have to do it yourself, it's very frustrating, right? It's a bit disheartening and you lose a lot of trust in a lot of people," he said.

Amr said he spent an additional $30,000 to what he paid Yasmine for another contractor to work on his pool.

Brant has continued to try and get his money back from Yasmine. After numerous texts and calls to the contractor, police warned him against harassing the contractor.

"I tried to go with a reputable company, but because I wanted to have the pool sooner rather than later, I went with someone, shall we say less reputable, that I didn't have that proven history with," he said.