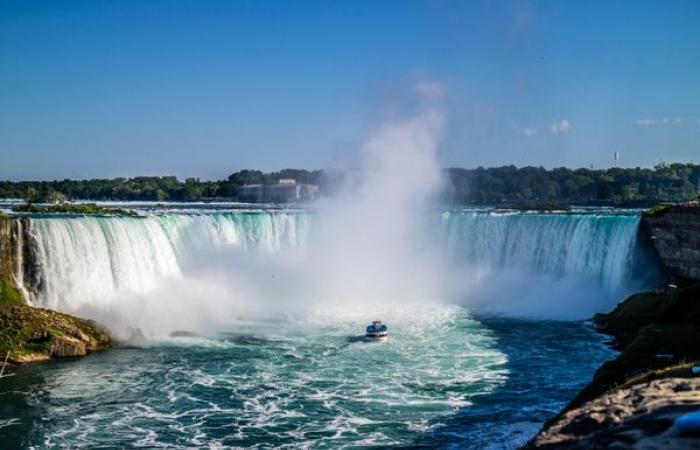 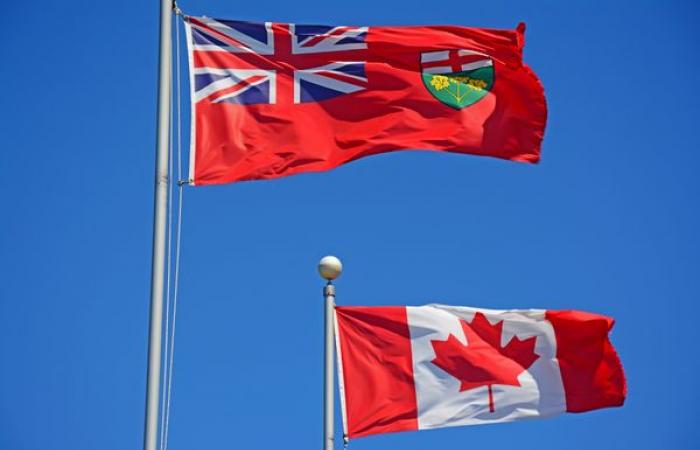 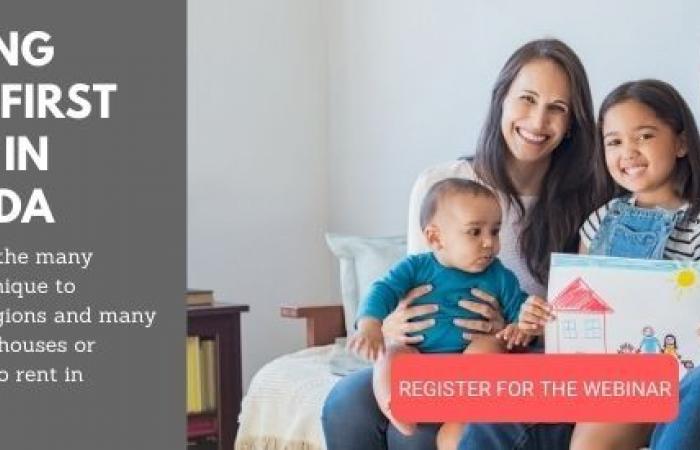 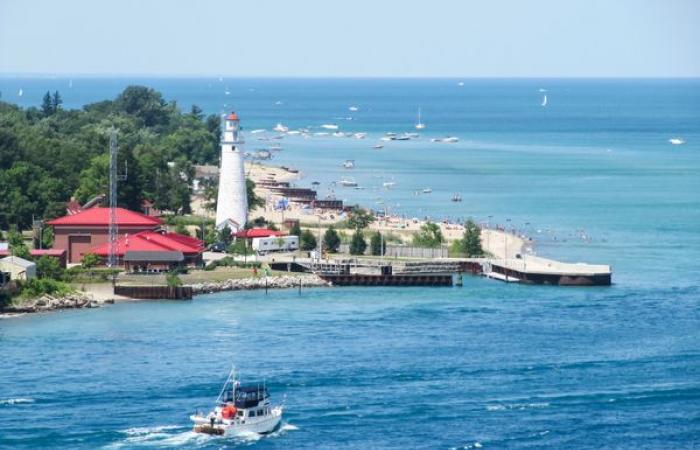 Ontario currently has a population of 14.8 million and the Government of Ontario is projecting the province to grow to over 20.4 million by 2046. It could even surpass 21 million in a high growth scenario. And, most of this growth will be driven by immigration. The greatest population growth has mainly been in southern Ontario within the area known as the “Golden Horseshoe”  This includes the area along the shores of  Lake Ontario from Oshawa to St. Catharines and includes the Greater Toronto Area and the City of Hamilton.

Ontario’s growth is a good news story reflecting that newcomers are choosing Ontario cities to start their new life in Canada. Immigration has long played an important role in Ontario’s social, cultural and economic fabric. And, today Ontario continues to welcome people from more than 150 countries. A sign of its diversity is the number of languages that you can hear people speaking on our streets.

Ontario is a land of opportunity! And its prosperity has been built by the hard work of generations of immigrants. If you’re considering living in Ontario, learn more about its population, location and regions, cities, economy, and culture.

Where is Ontario Located?

Located in central Canada, Ontario has the country’s largest population. While it has the largest population, approximately 85% of people live in large cities located on the shores of the Great Lakes. But, the land area of the province is enormous. It’s the second-largest province after Quebec and covers an area of more than 1 million square km.

Ontario shares a border with Manitoba to the west, Quebec to the east, James Bay and Hudson Bay to the north, and the Great Lakes and the United States border to the south. The five Great Lakes (Lakes Huron, Ontario, Michigan, Erie, and Superior) hold one-fifth of the world’s freshwater surface.

For newcomers to Ontario, learning about the history of indigenous peoples in Canada can help to build a better future. Celebrating the unique heritage of First Nations, Inuit and Métis peoples is a vital way to recognize the Indigenous Peoples who were here before any newcomers arrived in Canada.

There are 133 First Nations communities located across Ontario that represent major cultural and linguistic groups. This makes Ontario home to 23% of all Indigenous peoples in Canada. First Nations communities are located from Windsor in the south to the Northern shores of Hudson Bay. There are over 30 remote First Nations in Ontario that are only accessible by air year-round or ice road access for most of the year. However, many indigenous peoples live off-reserve in urban cities including Thunder Bay, Sudbury, Ottawa, and Toronto.

What are the Main Industries in Ontario?

Ontario is a hub for economic opportunities. It offers a unique combination of resources, manufacturing, exports, and a focus on innovation. The province is home to almost 50% of all employees in high tech, financial services and knowledge industries. Other sectors that drive the highly diverse economy include:

With a number of major infrastructure projects, combined with new housing and renovation activity, the construction industry is a large employer for Ontarians. And, faced with labour shortages, the industry continues to focus on building a more diverse labour force and recruiting newcomers to Canada.

Ontario is Canada’s manufacturing powerhouse. Key manufacturing industries include auto, information and communications technologies, biotech, pharmaceuticals and medical devices. Innovation is always at the forefront whether it’s creating the next generation of autonomous vehicles or streamlining aerospace, food processing, and cleantech processes.

Ontario is one of the top producers of vehicles in North America with assembly plants in Windsor, Brampton, Cambridge, and other cities in the province.

Much of Ontario’s south is covered by high-quality farmland that produces fruit crops, vegetables, cash crops such as soybeans, corn, wheat and barley, commercial dairy, beef, poultry, and hog farms.

Ontario’s mining industry is a global leader in productivity and is among the world’s top 10 producers of nickel and platinum group metals. According to the Ontario Mining Association, the average weekly wage for direct mining jobs is over 60% higher than the average industrial wage in the province.

The services sector is a large part of Ontario’s economy and includes business and financial services, professional and scientific-technical services, and arts and culture.

With four distinct seasons, year-round activities such as hiking, camping, and skiing make the province of Ontario a premier tourism destination.

Statistics Canada identifies five economic regions in Ontario: Greater Toronto Area, Central Region, Eastern Region, Northern Region, and Southwest Region.  Each region also has unique geographic, and cultural differences. While all regions are forecasting employment and population growth, that growth may vary by region. So, it’s vital to research your profession so that you can create a solid career pathway.

The Greater Toronto Area, commonly known as the GTA includes the City of Toronto, and the regional municipalities of Durham, Halton, Peel and York. It’s a commercial, distribution, financial, and economic centre with the second largest financial centre in North America. It has one of the highest concentrations of financial services company headquarters in the Americas.

Toronto is a destination city that people from around the globe recognize. But there are other cities located within the GTA that are close to Toronto such as:

With many jobs currently in demand in the GTA, some of the most in-demand include:

Much of the Central Region is covered by farms, lakes (with fresh water beaches), and rivers. The region also has a large tourism sector because of the many recreational activities it offers.

This economic region includes Ottawa and Kingston-Pembroke. Ottawa is the nation’s capital and home to Parliament Hill and Buildings. With Canada’s Federal Government located in Ottawa, the city offers great career options in government and the tech sector. Learn more about living in Ottawa.

The northern part of the province is experiencing strong growth in key sectors of the economy including construction,  forestry, mining and manufacturing. The Northern Region also continues to develop as an important natural resource, service and transportation centre.

Two economic regions are within the Northern Region: the Northeast and the Northwest.  Notable cities in the Northeast Region include Sudbury and Thunder Bay in the Northwest Region. The Sudbury Basin is a geological phenomenon that runs 100 km wide and 15 km deep. At the edge of this basin are nickel, copper, and other minerals that make Sudbury one of Canada’s largest mining centres.

Another growing sector is health sciences due to innovations in medical research and science facilities in the region.

The Southwest Region is shaped by nature and is also Canada’s most southern region. It has deep agricultural roots due to its milder climate and longer growing and harvest seasons.

Key cities in this region include:

Is Ontario an Expensive Place to Live?

Although it’s the province in Canada with the most opportunities for newcomers, it can be an expensive place to live. In part, this is due to having some of the highest housing costs in Canada, especially in Toronto and the GTA. Housing costs comprise the largest living expense, but other costs include:

If you plan to live in Ontario, it’s wise to take financial steps before you move to Canada and prepare to manage your costs. The cost of living can vary by city as well. When researching cities to live in, it’s helpful to research both the average wages for your profession by region as well as housing and living costs.

Ontario has regional climate differences.  For example, Northern Ontario has longer and colder winters than Southern Ontario. You’ll find the weather is warmest in Windsor, Ontario’s most southern city.

Areas that receive westerly winds off the Great Lakes are often called the “snow belt” and can receive excessive snow. In contrast, the areas around Toronto and Hamilton are in the partial rain shadow of the Niagara Escarpment and receive less than 150 cm of snow annually.

Getting Your Ontario Drivers License

Culture and Diversity in Ontario

In addition to driving Ontario’s population growth, immigration fuels economic growth, reunites families and promotes culture and diversity in communities.  In fact, the City of Toronto is one of the most multicultural cities in the world. You can explore international neighbourhoods such as Little India, Little Italy, Chinatown, Greektown, and more!

The province is highly diverse with over 250 ethnic origins. Cities across Ontario welcome newcomers to contribute to their social, economic, and cultural vitality. Settlement services throughout the province help newcomers adapt and thrive in their new communities.

Its excellent higher education system is among the many reasons international students choose to study in the province. Ontario is home to 23 public universities, 24 colleges, and more than 400 registered private colleges. While Canada leads other Western countries with the rise of international students, Ontario hosts the largest number of students in its post-secondary schools.

Among many of the popular attractions that contribute to Ontario’s booming tourism industry are the world-famous Niagara Falls, Science North in Sudbury, and Parliament Hill in Ottawa. Ontario is also home to six national parks and over 300 provincial parks and beaches.

Get a flavour of life in cities in Ontario when you visit our Choosing a City page. 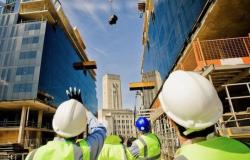