اخبارالعرب 24-كندا:السبت 15 يناير 2022 06:17 مساءً The Nunavut government has confirmed that traces of fuel have been found in Iqaluit's water supply, again.

Danarae Sommerville, a spokesperson for the territory's Department of Health, stated in a media release that there "were levels of fuel oil that entered the system."

However, the release adds that levels are below Health Canada's drinking water values. Even so, do-not-consume order has not been issued.

The release said sampling is being completed by both the City of Iqaluit and territorial government.

It has been five weeks since Nunavut health officials lifted a do-not-consume order for Iqaluit's tap water.

Officials previously told residents not to drink the tap water on Oct. 12, following complaints that the water smelled of fuel.

Iqaluit's 8,000 residents spent two months drinking water from the Sylvia Grinnell River, or bottled water flown in by the city, instead of tap water.

On Friday, the road to the river was plowed and some residents returned to gather water.

The Department of Health issued a reminder on Friday for residents to boil water that they collect from the river for a full minute if they plan to drink it or use it for cooking, brushing teeth, washing fruits and vegetables, preparing infant formulas or making juice or ice cubes.

Residents who smell fuel oil in their water are asked to contact the water quality hotline at 867-979-5603. 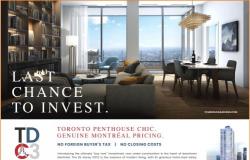