'I said no at least half a dozen times': Trial begins over alleged rape in Australia's parliament 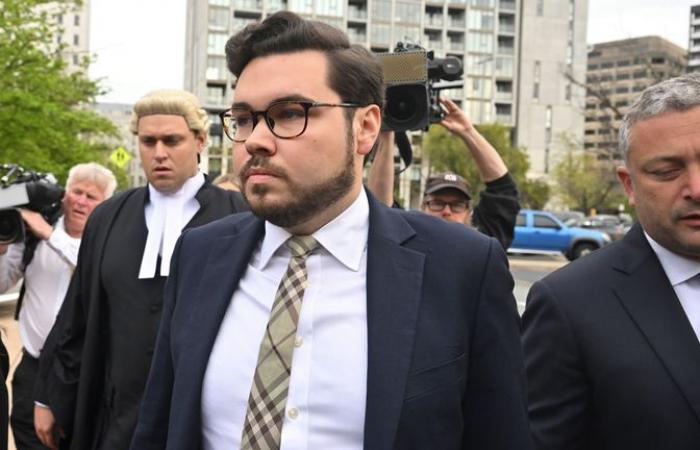 Arabnews24.ca:Tuesday 4 October 2022 05:23 AM: A government worker says she "said no at least half a dozen times" as a colleague allegedly raped her inside Australia's Parliament House.

Brittany Higgins accuses Bruce Lehrmann of raping her in the early hours of 23 March 2019 after they had both been out drinking and clubbing with colleagues.

Lehrmann, 27, has pleaded not guilty to sexual intercourse without consent and is on trial in the Australian Capital Territory Supreme Court facing a maximum of 12 years in jail if convicted.

During the first day of the trial, prosecutor Shane Drumgold played Ms Higgins' interview with police where she told officers: "I said no at least half a dozen times.

Mr Drumgold told the jury that Ms Higgins, then 24, and Lehrmann had left their colleagues after a night out and had travelled in a taxi together.

Ms Higgins had thought she was on her way home, he said, but Lehrmann said he needed to stop at Parliament House to collect some work.

Ms Higgins says that after they both entered the office of defence industry minister Linda Reynolds, she had fallen asleep on a sofa, waking up to find Lehrmann having sex with her.

Lehrmann had later left the building, and she had fallen asleep again, Mr Drumgold said.

In text messages to a friend after the alleged rape, Ms Higgins had said she was "barely lucid" at the time, something Mr Drumgold said was relevant to her ability to consent to sex.

Guards who had seen Ms Higgins enter the building with Lehrmann had also observed they were both affected by alcohol, he added.

Lehrmann's defence lawyer Steven Whybrow quoted US writer Mark Twain as saying "never let the truth get in the way of a good story", saying the words rang true in this case.

He said the version of events Ms Higgins gave to police had "massive holes" and that, while violence against women is an "under-reported and under-prosecuted scourge on our society", her story was not true.

Chief justice Lucy McCallum, who is overseeing the trial, has warned jurors to remain impartial while hearing and deliberating over the case, which has had a lot of media coverage since it came to light.

The trial is expected to run for up to six weeks and hear evidence from three former government ministers.

Sky News does not usually identify alleged victims of sexual assault, but Ms Higgins has identified herself numerous times in the media.