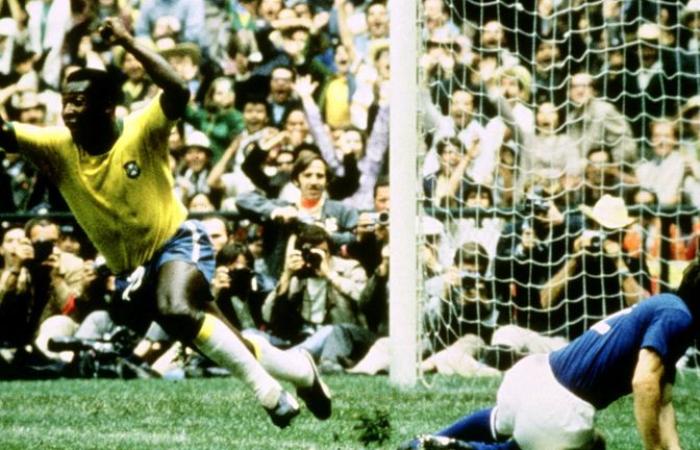 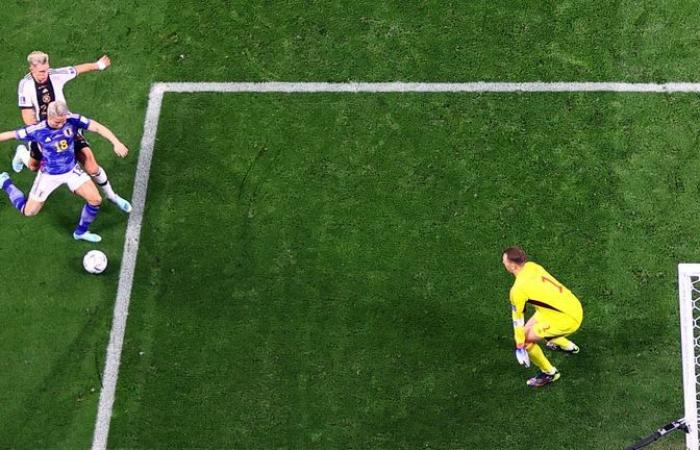 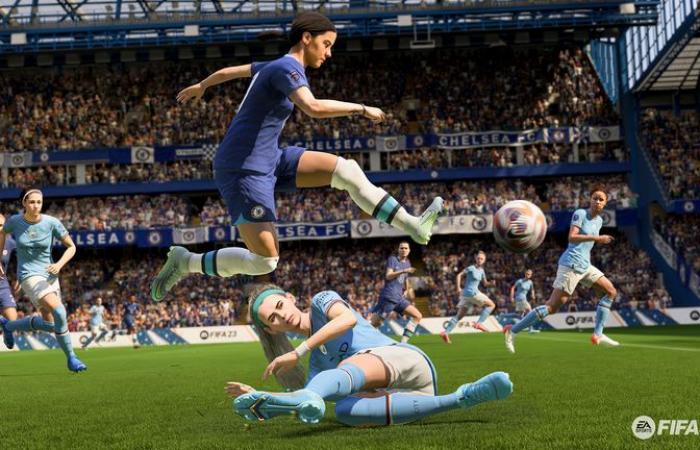 In the living room? At your local? Given the kick-off times in Qatar, you may have had some on in the office.

And with the sheer number of matches on each day, it's likely you caught a fair few of them on your phone; watching live or catching highlights while on the move; Twitter or WhatsApp always just a swipe away, so you can scream into the void about where you think Gareth Southgate's going wrong.

Not so many tournaments ago, the idea of being able to watch matches in the palm of your hand, wherever you are, was an unthinkable dream. But the World Cup, with its quadrennial nature and universal appeal, has always been a tremendous barometer for changes both in technology and consumption habits.

From the first World Cup in colour in 1970, when Pele-led Brazil wowed the world in Mexico; to Germany in 2006 bringing us into the pin-sharp HD generation; and now today's reality that in China, the tournament broadcast rights were won by the country's version of TikTok; we've certainly come a long way.

"I'm old enough to remember watching football in black and white," says Peter Moore, speaking from a sun-soaked California impossible to imagine in anything other than colour.

It's from here that the former EA Sports and Liverpool FC chief executive works on what he believes will be the next page in the history of World Cup broadcasting.

"The second goal for Japan," he says of Germany's shock defeat in their Group E opener.

"Goalkeeper Manuel Neuer, one of the very best of the last decade, was at fault. I would love to be able to drop the camera into the penalty area as he was shooting to see exactly the view he had, to see what went wrong."

Germany's number one will be relieved to hear that the solution is not to attach a GoPro to his chest. Nor would Japanese match-winner Takuma Asano be expected to take to the field wearing smart glasses like some sort of dystopian Edgar Davids.

The solution instead taps into Mr Moore's past at EA, the gaming giant behind blockbuster sports titles including Madden NFL, Tiger Woods PGA Tour, and - most famously of all - FIFA.

"The impossible camera angles you can see in a video game, you haven't been able to in real life," says Mr Moore.

"And there's an entire generation brought up used to having the controller in their hands, seeing these angles."

Indeed, for more than 20 years, sports video games have allowed players to pause the action and fly a virtual camera across the pitch with a precision and fluidity real broadcasters could only dream of.

And as the visuals become increasingly realistic, the opportunity to blur the line between the digital and the physical becomes all the more enticing.

Enter Unity, a video game software company best known for its engine of the same name, which it licences to other developers to power their titles.

But just as fellow game studio Epic has seen its Unreal Engine utilised beyond games, most notably to generate backdrops for Star Wars show The Mandalorian, Unity is diversifying its portfolio.

How does the technology work?

Mr Moore heads up Unity's sports and live entertainment division, and offered a whistle-stop tour of how the company's tech has already been applied to mixed martial arts' UFC.

The demo shows two fighters, who were subject to "volumetric capture" on a Los Angeles sound stage. Multiple cameras all around them captured the bout, and the data is then transformed into "voxels" - 3D pixels which, once processed by a powerful computer programme, can be spat out as photorealistic models.

The result is the fighters appear as you would expect in real footage, revisualised via data and with the end viewer being able to dive into any angle.

You essentially become your own cameraman.

"Video games come to life," says Mr Moore, in a nod to his past, as he sweeps through the fight on an iPad.

"It requires a lot of computing power and bandwidth, but like any bit of tech I've been involved with, it evolves."

The goal is that the capture equipment used on the sound stages eventually moves into live venues.

Mr Moore claims it will be "ubiquitous and accessible to anyone with a touchscreen device" in a couple of years, meaning it could be ready for England's miraculous 2026 World Cup win.

Fans may scoff at the ambition, especially those who plopped down a four-figure sum on a 3D TV a decade ago, promised it was the future of broadcasting.

And Unity also sees the technology as forming part of the metaverse we've heard so much about, which for some is nothing more than a big tech delusion cooked up in Silicon Valley.

But when Mr Moore says it'll be accessible to anyone, he really does mean anyone.

Were he still at his beloved Liverpool, which he left in 2020 after a three-year stint which included the club's first Premier League title, he'd pitch it to manager Jurgen Klopp as a way of doing analysis during games.

And it has become a dirty word among coaches, fans, and pundits alike, but Mr Moore is convinced the technology could even change how we think about VAR.

Never mind England winning the World Cup, that really would be a miracle.