Arabnews24.ca:Tuesday 7 June 2022 03:41 AM: Effective government requires agencies to cooperate because modern problems are too complex to be solved by a single ministry working alone. In the Arab world, such collaboration is often hamstrung by myopic senior policymakers fixated on monopolizing the credit for a successful project. Addressing this flaw will do much to improve government performance.

When an individual is appointed to head a large government agency, that person would ideally work selflessly toward realizing the agency’s goals. Incentives are important, as are culture and the individual’s moral scruples.

Unfortunately, the Arab world is sometimes afflicted with poorly designed incentives, a culture of self-aggrandizement, and bad ethics. The result is organizational leaders who regard the agency they head as their fiefdom and as nothing more than a vehicle for showcasing their abilities as they seek more senior government positions.

Such states of affairs have many negative consequences for the performance of the afflicted agencies. One crucial but overlooked effect is a significant decline in cooperation between those agencies and other government entities.

It is because the agency heads have a strong preference for projects where they can appropriate the entirety of the credit in case of success. Partnerships are unattractive because credit has to be shared – and worse still, a cunning partner might be able to seize all of the credit through a better public relations strategy. Discreetly realizing the agency’s mission is scant compensation if there is a toxic culture or a shortage of ethically-minded leaders.

This is one of the reasons why the Arab world is a laggard when it comes to efforts to combat climate change. Decreasing a country’s carbon footprint requires cooperation between the authorities in charge of energy, transport, the environment, commerce, etc. When operating in an environment characterized by poor incentives and negative culture, the head of each of the relevant agencies prefers to work on their small-scale projects.

After all, if you are anxious to be promoted, being a big fish in a small pond is more attractive than a small cog in a big machine. The result is anemic progress on complex problems like climate change and a selection of ineffectual pet projects monopolized by each agency.

A common remedy is to create inter-agency committees endowed with substantive executive powers, such as the joint commands that armed forces use to overcome competition between the army, navy, and air force.

However, in the Arab world, the dysfunction sometimes runs so deep that the only way for such agencies to work is to appoint a committee head, who then proceeds to absorb the committee into their fiefdom and monopolize the credit for the committee’s success. The other committee members become disgruntled and drag their feet, severely undermining the committee’s overall performance.

Enabling interagency cooperation is challenging, but addressing the flaw stemming from myopic agency leaders is relatively straightforward. It simply requires explicitly and publicly declaring to the agency heads that they will share credit and rejecting any effort to monopolize the credit.

This technique is prevalent in professional sports. Can you imagine a superstar athlete claiming that they are the main reason their team won during a postgame press conference? They would be slated by the media and mocked by regular people.

Instead, when legends like Lionel Messi score the winning goal in a cup final, they downplay their contribution, take the time to highlight the names of individual teammates who played well and thank the coach for their guidance. Moreover, this isn’t just empty rhetoric – it is an accurate reflection of the sources of the victory.

Nintendo’s Mario Party videogame includes a minigame called “Slaparazzi,” wherein the players physically slap one another as they jockey for a position in front of a paparazzi taking pictures.

Whenever I play this game with my children, I am reminded of the metaphorical slapping that organizational leaders in much of the Arab world engage in to highlight their achievements.

Our region’s underperformance has many causes, but I confidently assert that weak interagency cooperation is one of them.

The life-or-death nature of the COVID-19 pandemic helped some countries temporarily overcome this disease, but achieving the sustainable development goals that all Arab countries have committed themselves to requires a permanent improvement in this regard. Otherwise, interagency competition over credit will look like rearranging deck chairs on the Titanic.

Afghan leader unlikely to have fled Kabul with millions in cash: US watchdog

Lebanon has seen the unhappy return of Nabih Berri 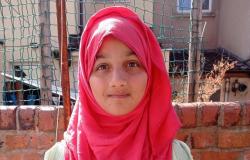 From Kabul to Bristol: Life as an Afghan refugee one year on from Taliban takeover

Few schools and colleges will get better GCSE and A-level results than last year, minister warns