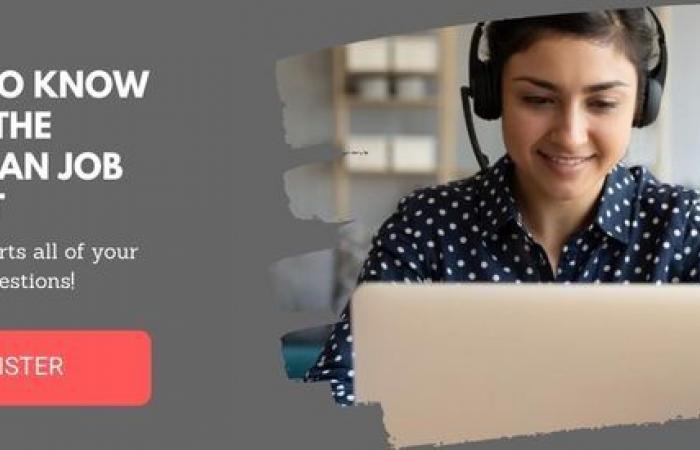 Arabnews24.ca:Thursday 1 December 2022 02:29 PM: As Canada continues with its aggressive immigration targets for the next three years, the country’s labour market continues its strong performance which is good news for newcomers.

According to figures released by Statistics Canada, the Canadian economy added 108,000 jobs, which was an unexpected jump.

With many economists pointing to a possible recession in 2023 amid rising interest rates, the job gains in October have some experts puzzled following four months of job losses and little growth.

“The Canadian labour market clearly still has some steam left to it,” noted TD economist Rishi Sondhi. “This jobs report checked all the boxes in terms of being a blowout report.”

Manufacturing, construction and accommodation and food services were the sectors in which employment increased in October.

These unexpected job gains come as immigration is also on the rise.

The country shattered its all-time immigration record by landing more than 405,000 newcomers in 2021. The goal for this year is almost 432,000 immigrants.

The government also recently announced its targets for 2023-2025.

Working in Canada | A 5-Step Approach

Macklem said labour shortages have put upward pressure on wages across the country and have subsequently driven inflation up.

With the high job market vacancies, plus a shrinking labour force, and an aging population, immigration remains key to economic growth as it remains clear the country cannot meet labour market demands via natural growth.

The 2021 census data on immigration showed that 23 percent of Canada’s population is an immigrant. The census defined immigrants as people who are or have ever been a landed immigrant or permanent resident.

The census survey shows that newcomers have been successful in finding jobs.

More than  62 percent of immigrants aged 15 and over are employed. The survey also discovered that immigrants who landed in Canada over the past five years had an employment rate of 70.7 percent. That’s a higher rate than in October 2019 prior to the global COVID-19 pandemic.

As Scotiabank Vice President and Head of Capital Markets Economics Derek Holt points out, Canada’s economy “continues to outshine just about everyone else’s” by posting much stronger than expected GDP growth of 2.9 percent in the third quarter of 2022.

Holt added that this contradicts “the narrative that growth is slowing into the fourth quarter of the year.”

“GDP growth,” said Holt, “has been on fire for five consecutive quarters and hence throughout a period that has been marked by much weaker performances elsewhere from the US to Germany, France, the UK and Japan to name a few.”

What will the job market for newcomers to Canada look like as we hurl towards 2023?

Desjardins chief economist Jimmy Jean warns that even though the October report surpassed expectations by a significant amount, the Canadian economy is still expected to slow considerably in response to higher rates.

However, Scotiabank’s Holt cautions that the “slowing narrative” is based upon incomplete data for October and zero data for the rest of 2022.

Here’s a summary by the Canadian Press of the country’s October employment (numbers from the previous month  are in brackets):