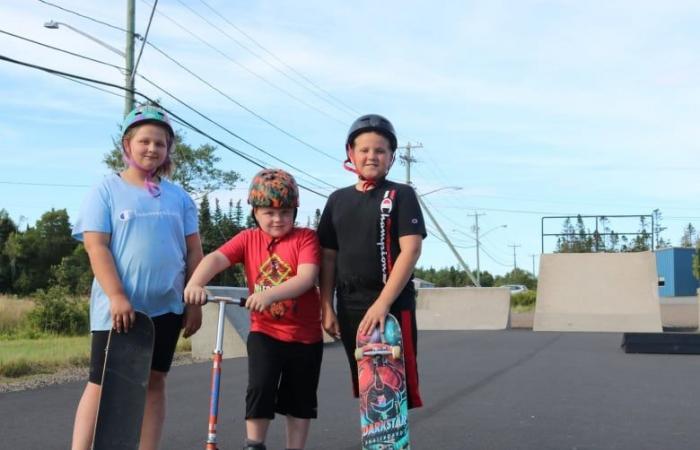 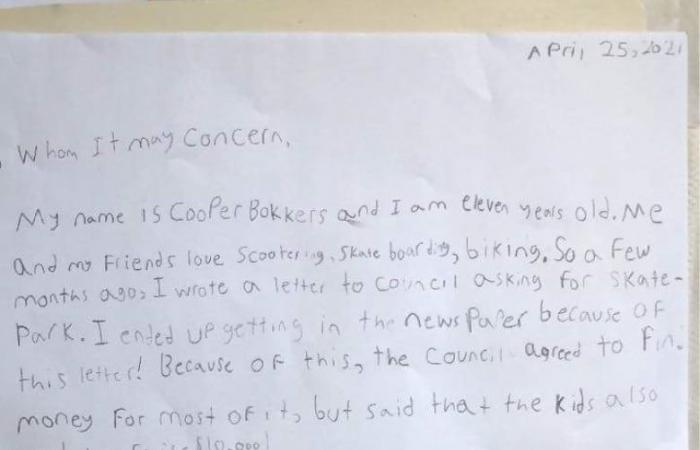 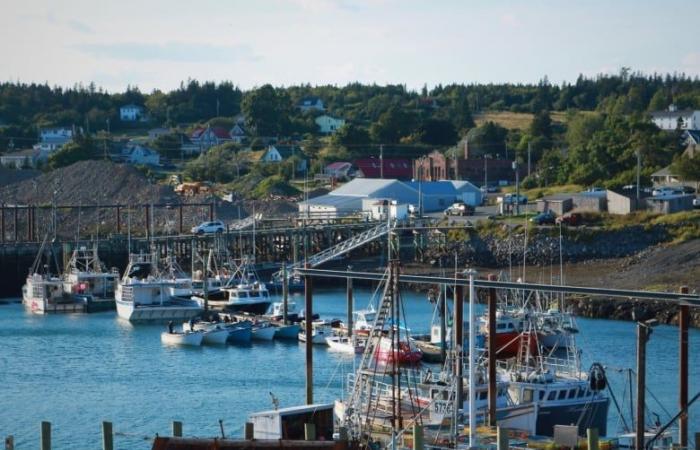 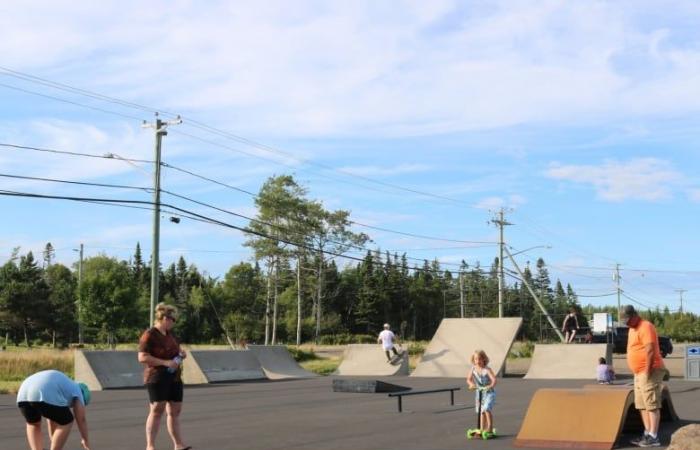 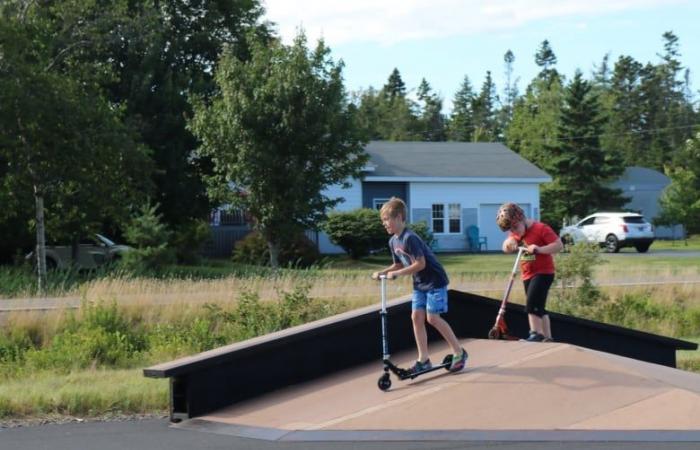 Avery Shewfelt, 7, just mastered the bunny hop: a scooter trick that involves lifting your body, and your scooter, off the ground at the same time.

Avery isn't the only kid picking up new skills this summer on Grand Manan, an island community just off the New Brunswick mainland.

And it's getting rave reviews from the very kids it was built for.

"This is actually my favourite place on Grand Manan," said skateboarder Summer Haynes, 9.

The skateboard, scooter and bike park is big news for more than 300 kids living on the island, the majority of whom attend Grand Manan Community School — the island's only K-12 school, just 1.5 kms down Route 776.

The idea for a skate park on Grand Manan started with 11-year-old Cooper Bokkers.

According to his mom, Natasha Bass, Cooper came home from a day of skateboarding with friends in St. George, and lamented that the island, population 2,400, didn't have one of its own.

Cooper's mom suggested that instead of complaining to her, he should write a letter to the village council. Council then challenged Cooper and the other kids on the island to raise $10,000 to make it happen.

"We put our heads together and started fundraising," says Bass, who also credits good friends Ryan and Austin Calder and their mom, Alyssa Calder, for their help with the project.

Thanks to private donations from the local community, local businesses and government grants, the project surpassed its original fundraising goal of $10,000.

Lifelong skateboarder Sean Doucet, who grew up in the Saint John area and lived in British Columbia before moving to Grand Manan in 2021, stepped up to act as volunteer advisor, designer and builder for the park.

Doucet's goal was something more user-friendly than the former skate park built on the island over a decade ago. It was not well used, and ultimately fell into disrepair before being decommissioned.

"I haven't been to many places in the world where the community can come together and actually, truly, genuinely care about just doing it — not for profit. Just to help the community," Doucet said. A lifelong skateboarder's design for a Grand Manan skate park helps kids get better over time.

The new park reuses some concrete components from the old park, but includes ramps of various sizes and difficulties, a halfpipe, ledges, boxes and rails, all geared toward skaters, cyclists and scooters.

In skateboarding culture, Doucet said, "people are extremely supportive of each other. One person could be, you know, the best skateboarder in the world, whatever. They're doing a really difficult trick, people cheer them on. Then next thing you know, somebody that isn't as talented — people are cheering them on exactly the same amount if they're just doing what they're learning at that time.

"It's incredible. It helps you with life, and encouraging people: doesn't matter if you're good or bad. You're just doing something that brings you joy."

Team sports aren't for everyone, Doucet pointed out.

"Coming to a place like this, they're all doing an individual thing, but they can come together."

Doucet estimates between 15 and 70 kids use the park on peak days. Skateboards are free to sign out at the community centre.

'Get out and do something'

Mom Cassandra Haynes says it's made a huge difference for her three children.

"They love it," she said. "Before we had a skate park, there wasn't much for them to do. Now they're here all the time with their friends. It varies in ages, from toddler to teenagers, so it's [interaction between] all different age groups of kids."

"It's nice to see your kids learn about the importance of taking action to get what they want, versus sitting back and waiting for something to happen. Just get out and do it — don't complain to me about it. Get out and do something."

The next step, Doucet says, it installing a large feature called a "fun box," which has a rail on the top and ledges on the sides, and an upper-deck feature with stairs, a handrail and ledges.

The entire park will be complete by fall 2022, he said. 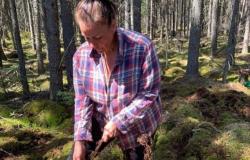