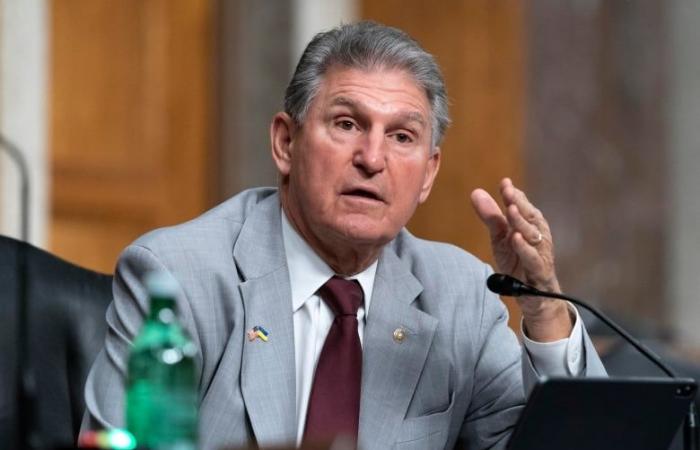 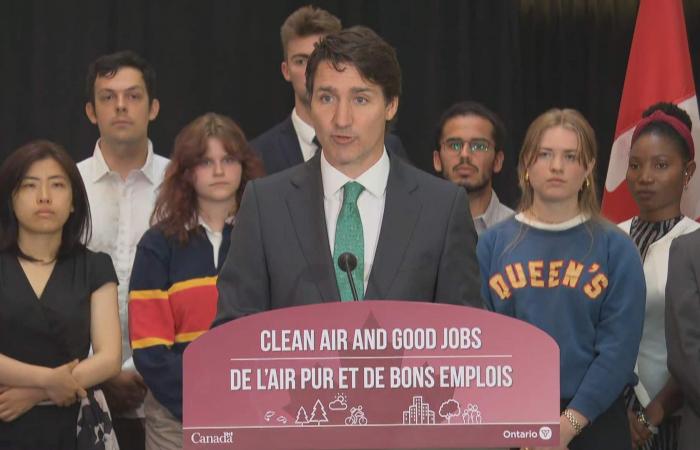 Arabnews24.ca:Sunday 7 August 2022 05:42 PM: The new plan to encourage Americans to buy more electric vehicles built in North America, instead of just the United States, has cleared its tallest hurdle.

After a marathon voting session that lasted nearly 24 hours, the U.S. Senate finally approved the new Inflation Reduction Act of 2022.

U.S. Vice-President Kamala Harris had to break a 50-50 tie to pass the legislation, a dramatically smaller version of President Joe Biden's signature $2-trillion US climate and social spending package.

The original proposal reserved the richest tax credits for vehicles assembled in the U.S. with union labour — a plan experts say would have kneecapped Canada's auto industry.

But Senate Majority Leader Chuck Schumer reached a deal with holdout West Virginia Sen. Joe Manchin on a version of the bill that extended the credits to vehicles built in Canada and Mexico.

The bill is expected to win approval in the Democrat-controlled House of Representatives next week before heading to the president's desk.

"It's been a long, tough and winding road, but at last, at last we have arrived," Schumer said Sunday when the outcome was no longer in doubt.

"I am confident the Inflation Reduction Act will endure as one of the defining legislative measures of the 21st century."

The bill devotes $369 billion US to measures to combat climate change, while also capping drug costs for seniors, extending health insurance benefits and lowering the deficit.

Republicans, whose barrage of proposed amendments were swatted down throughout Saturday night and into Sunday, framed their defeat as a win for higher taxes, more inflation and continued dependence on foreign energy.

The tax credits — which also require eligible vehicles to have a percentage of North American critical minerals in their batteries — have barely been part of the U.S. debate. Critics say it will be years before consumers can benefit.

But for the Canadian auto industry, the stakes were enormous.

Flavio Volpe, president of the Auto Parts Manufacturers' Association, was just one part of an all-hands, year-long effort by the industry, the Ontario government and Ottawa to convince U.S. lawmakers and Biden administration officials to stand down.

"It's a cigar. It's always a cigar," Volpe said when asked how he would mark the occasion.

"In trade wars, by the time it's officially over, everyone else has moved on to the next issue of the day. I've had so many quiet cigars it's become my ritual." Manchin, a Senate swing vote from a state where Toyota is a major manufacturer, had long been opposed to the idea of leaving foreign automakers out of the EV incentives — but it wasn't clear until just last week whether that would pay dividends for Canada.

The surprise agreement he forged with Schumer marked the culmination of an aggressive lobbying effort that began with Prime Minister Justin Trudeau's visit to the White House back in November.

Federal government officials say it was rivalled in scope only by the 2017-18 NAFTA talks, the high-stakes Trump-era negotiations that forged the diplomatic flood-the-zone strategy now known as the "Team Canada" approach.

It targeted a wide array of U.S. officials and lawmakers, and involved at least one face-to-face meeting in recent months between Manchin and Deputy Prime Minister Chrystia Freeland. 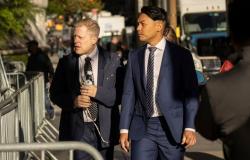 Kevin Spacey in court to defend himself in Anthony Rapp lawsuit 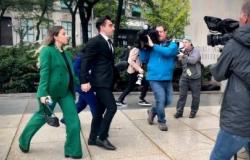