Arabnews24.ca:Friday 1 January 2021 04:07 PM: First-degree murder warrants have been issued for two men in the death of Sgt. Andrew Harnett.

Harnett died on New Year's Eve after police said he was struck by the vehicle of a driver trying to flee a traffic stop in Calgary.

Amir Abdulrahman, 19, and Al-Azan Shah Muhammad, 17, are both sought in connection with the officer's death. Police allege Muhammad was driving the vehicle that struck and killed Harnett.

Police took the unusual step of making an application to the youth division of the Calgary Provincial Court in order to identify the youth wanted in this case.

The Calgary Police Service said the incident occurred around 10:50 p.m. MT on Thursday in the area of Falconridge Boulevard and Falconridge Drive N.E.

"During the traffic stop, the vehicle fled, striking the officer in the process," police said in a statement.

Nearby officers rushed to the officer's aid as quickly as possible and were joined by paramedics.

"Despite desperate attempts by his colleagues, and members of EMS, he died as a result of his injuries" in hospital around midnight, the statement said.

Calgary police Chief Mark Neufeld, speaking on Friday, said the vehicle was stopped because the licence plates did not match the vehicle and that the suspects are known to police, but he declined to elaborate.

"Our service, and our community, is mourning on this first day of 2021," he said.

"More importantly, a family has lost a son, a sibling has lost a brother, a spouse has lost a partner, and many, many members of our service have lost a really good friend."

Sgt. Andrew Harnett, 37, was killed on duty when a driver fled the scene of a traffic stop on New Year's Eve. 3:33

Neufeld said Harnett was hit by the vehicle and dragged and that another vehicle was also struck and that driver remained at the scene and was helping with the investigation.

He said that vehicle "may have come into contact with Sgt. Harnett."

Police said they are searching for a copper-coloured 2006 Infiniti FX with a small spare tire on the front passenger side. The vehicle also has noticeable hail damage.

"There is a massive effort underway to locate and bring to justice those responsible for taking the life of one of our members," reads an update from police issued Friday morning.

"Dozens of sworn and civilian members are working around the clock tracking down each and every lead, and these efforts will not stop."

At Friday's news conference, Neufeld said Harnett was diligent at collecting information and that practice, as well as a body camera worn by Harnett, has helped officers identify the suspects in his death.

Harnett, 37, joined the service 12 years ago after serving as a military police officer and was promoted to sergeant in 2019.

He is the 12th officer to be killed in the history of the Calgary Police Service, dating back to 1878. The last officer who lost his life while on duty was Const. Darren Beatty, who died in 2001 during a training exercise.

"The profound grief this has brought to all members of the Calgary Police Service and their families is unmeasurable," police said in a statement.

Premier Jason Kenney started a Friday news conference, saying his thoughts are with friends, family and colleagues of Harnett.

"His death reminds us of the very real risks taken by police officers every day to protect public safety," he said. 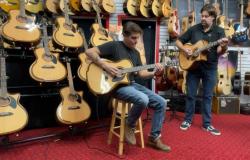 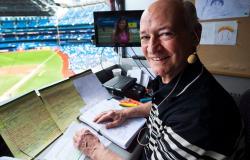