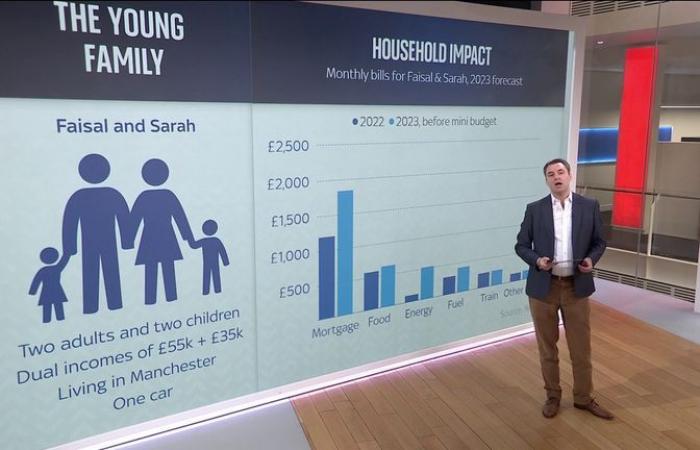 Arabnews24.ca:Tuesday 4 October 2022 05:23 AM: There is a mounting risk that fuel prices could soon begin to rise again as major oil-producing countries ponder a big cut in output.

The Opec+ cartel, which includes Saudi Arabia and Russia among its main members, is expected by markets to reveal this week a collective target to reduce delivery by more than one million barrels per day.

The price of Brent crude, which rose 4% on Monday in anticipation of such a cut, was up further during Tuesday's trading - to just shy of $90 per barrel.

While the current Brent price remains far below the early Russia-Ukraine war highs above $120 per barrel, the recent weakness of the pound would be expected to contribute to pressure on UK pump prices, potentially adding to the cost of living crisis again according to motoring organisation the RAC.

That is because wholesale fuel, like oil, is traded in dollars.

RAC fuel spokesman Simon Williams told Sky News: "The extent of the (Opec+) cuts will be crucial, as will compliance from member countries throughout October.

"But one thing's for sure, it's likely to cause further pain for drivers at the pumps in the UK, particularly with the pound so weak against the dollar.

"If the cost of a barrel were to climb back up to $100, drivers at the current exchange rate would very soon see forecourts displaying prices around 175p a litre again, which is 12p more than the current UK average."

Average pump prices are currently 163p for unleaded and 180p for diesel - the latter remaining higher because of the loss of Russian supplies.

The pound was infinitely higher in value versus the US currency, around the $1.25 level, when petrol and diesel costs were hitting record levels daily in spring following the Russian invasion.

It slumped to an all-time low of $1.03 last week in the wake of the government's mini-budget when financial markets balked at the volume of giveaways and level of borrowing required to fund the growth programme.

It had recovered to just shy of $1.14 by Tuesday morning. That has been credited to government U-turns since Kwasi Kwarteng's statement to the Commons and a weakening in the historic level of dollar strength.

2:16
How rising costs will affect you

The reason cited for the weakening was data suggesting the US economy was slowing faster than expected, raising the prospect of a pause to sharp US interest rate hikes.

Stock markets also recovered some poise as investors left the safety of the dollar, with the FTSE 100 putting on 1.5% in early dealing to take the index above the 7,000 points mark,

The more domestically-focused FTSE 250 was 2% higher.

Energy and commodity stocks were among those to enjoy the best gains as prices recovered from their recent recession -induced slump.

Opec sources told the Reuters news agency that voluntary output cuts by individual members could come on top of the group production reductions.

That being the case, it would amount to the largest output reduction since the start of the COVID pandemic in early 2020.