In both cases, Canada's airline watchdog will determine if the airlines violated their tariff, which lays out their contract with customers.

The Air Transat investigation followed numerous complaints from passengers that they endured a painful six hours with little or no food, scant information and often no air conditioning while their plane sat on a hot tarmac in Rome on July 29.

In an email, Air Transat spokesperson Odette Trottier called the investigation a "normal" development where "the CTA wants to make sure that we respected our tariff."

Shortly after the incident took place, the airline told CBC News it did violate its tariff by letting the plane sit at the gate for too long — but only by a few minutes, as it waited for takeoff.

Affected passengers have also received compensation, because the plane was departing Europe and European rules stipulate that airlines must pay 600 euros ($871) for long-distance flight delays.

In July, 336 Air Transat passengers said they sat inside a plane for six hours with little or no food or air conditioning as their aircraft sat on a hot tarmac in Rome. (Submitted by Franca Collia)

In Swoop's case, the CTA launched an investigation following 50 passenger complaints to the agency concerning flight cancellations in early July, destined for or flying out of Hamilton. The airline cancelled 30 flights in the first 10 days that month, many of them involving a Hamilton route.

Swoop, an ultra low-cost carrier owned by WestJet, wrote in an email that it's "fully co-operating" with the investigation.

In July, the airline said it cancelled the flights due to unscheduled aircraft maintenance. The move immediately sparked complaints from passengers who said they got short notice and unacceptable alternative flight offers.

"Very, very poor experience," said Radek Romanowski, who got his cancellation notice the evening before his July 8 return flight from Fort Lauderdale, Fla., to Hamilton. A second email that night informed him that he was rebooked to fly on July 15 — one week later.

Romanowski tried to contact Swoop, but the airline's call centre was closed because it was Sunday. Desperate to get home, his wife cashed in more than 22,000 Aeroplan reward miles to book him on an Air Canada flight the next day.

"It's not acceptable," said Romanowski, who lives in Komoka, Ont. 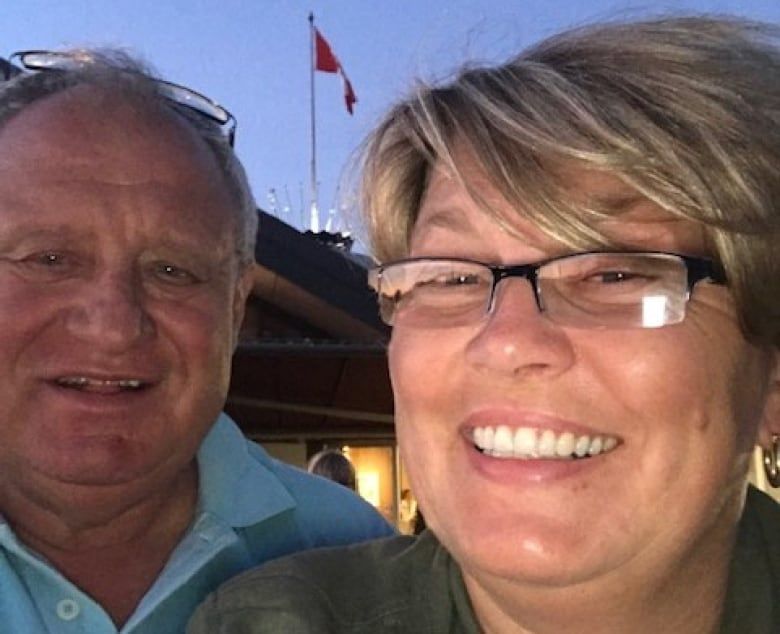 When Radek Romanowki's Swoop flight was cancelled, his wife, Hanna, spent more than 22,000 Aeroplan reward miles to quickly get him back home to Komoka, Ont. (Submitted by Hanna Romanowki)

Late last month, Romanowski was pleased to get an email inquiry from the CTA, asking him questions about his Swoop experience as part of its investigation. He hopes it will lead to the airline changing the way it handles flight cancellations.

"I'm hoping that in the future, they will do this in a proper way, communicate with the people and respect them," he said.

Kevin and Brenda Blenkhorn, of Fort Saskatchewan, Alta., flew on Swoop to attend a golf tournament in Ontario. They found out at the airport that their return flight was cancelled. (Submitted by Kevin Blenkhorn)

Passenger Kevin Blenkhorn said he hopes the investigation will force Swoop to compensate him for spending $1,462 to rebook seats for himself and his wife with WestJet. He found out his Swoop flight home to Edmonton was cancelled when he and his wife, Brenda, showed up at the Hamilton airport on July 7 to check in.

The airline rebooked them on a flight that departed six days later.

Determined to get home sooner, Blenkhorn bought two tickets with WestJet — Swoop's owner. He said a Swoop employee at the airport told him to submit his receipts and he should be compensated.

"They don't even respond," he said. "You're expecting that they're going to keep their word, but obviously that's not the case."

Last year, Sunwing faced a CTA investigation after passengers travelling on 96 flights during a Toronto ice storm endured problems, including long flight and tarmac delays, missing baggage and a lack of communication from the airline.

In April, the CTA ruled that the airline violated conditions of its tariff, ordering Sunwing to compensate affected passengers and pay a $694,500 administrative fine.

Moshe Lander, an economics professor at Montreal's Concordia University, said that the fines the CTA doles out for tariff violations are generally too low to affect any real change.

"A $700,000 fine sounds a lot to you and me; this is a miscellaneous expense to them," he said. "So the penalty isn't proportionate enough to incentivize them to change their behaviour."

At this point, it's uncertain if Sunwing will even have to pay the penalty.

The airline has compensated affected passengers and said it has put measures in place to prevent a recurrence. But it's appealing the fine, arguing that the money goes to the CTA, an independent arm of the federal government.

"We take responsibility for the issues," Sunwing spokesperson Rachel Goldrick said in an email. "What we are appealing are the administrative monetary penalties (AMPS) that are paid to the government and are not redistributed to our customers."

Rather than investigations and fines, Moshe said a better remedy is to allow more competition in the airline industry, which could force airlines to offer better service.

"There's a fundamental lack of competition in this marketplace," he said. "That's really what's the underlying cause of these problems."

السابق Was Trudeau dragging his heels on the blockades, or giving himself room to manoeuvre?
التالى 3 dead, 2 injured after shooting at Airbnb in downtown Toronto