اخبارالعرب 24-كندا:الجمعة 16 سبتمبر 2022 04:05 صباحاً Restaurants across Canada say they will have raised their menu prices by more than seven per cent by the end of the year in a bid to keep profits sustainable and offset the rising cost of food.

Some restaurants are raising them even more.

In its annual report, Foodservices Facts, Restaurants Canada says menu prices at full-service restaurants are set to increase by about 7.8 per cent by the end of 2022.

About 35 per cent of full-service restaurant operators plan to raise their menu prices by more than that, with many increasing them between 10 and 15 per cent by the end of the year, according to the report.

The report cites the war in Ukraine and high energy costs as contributing factors to the high cost of food restaurant owners are experiencing.

It says food costs are among the top challenges currently facing food service operators, with 542 B.C. restaurants out of nearly 10,000 permanently closing their doors between April 2021 and July 2022.

WATCH | Restaurateur talks about the struggles in the food-supply business: 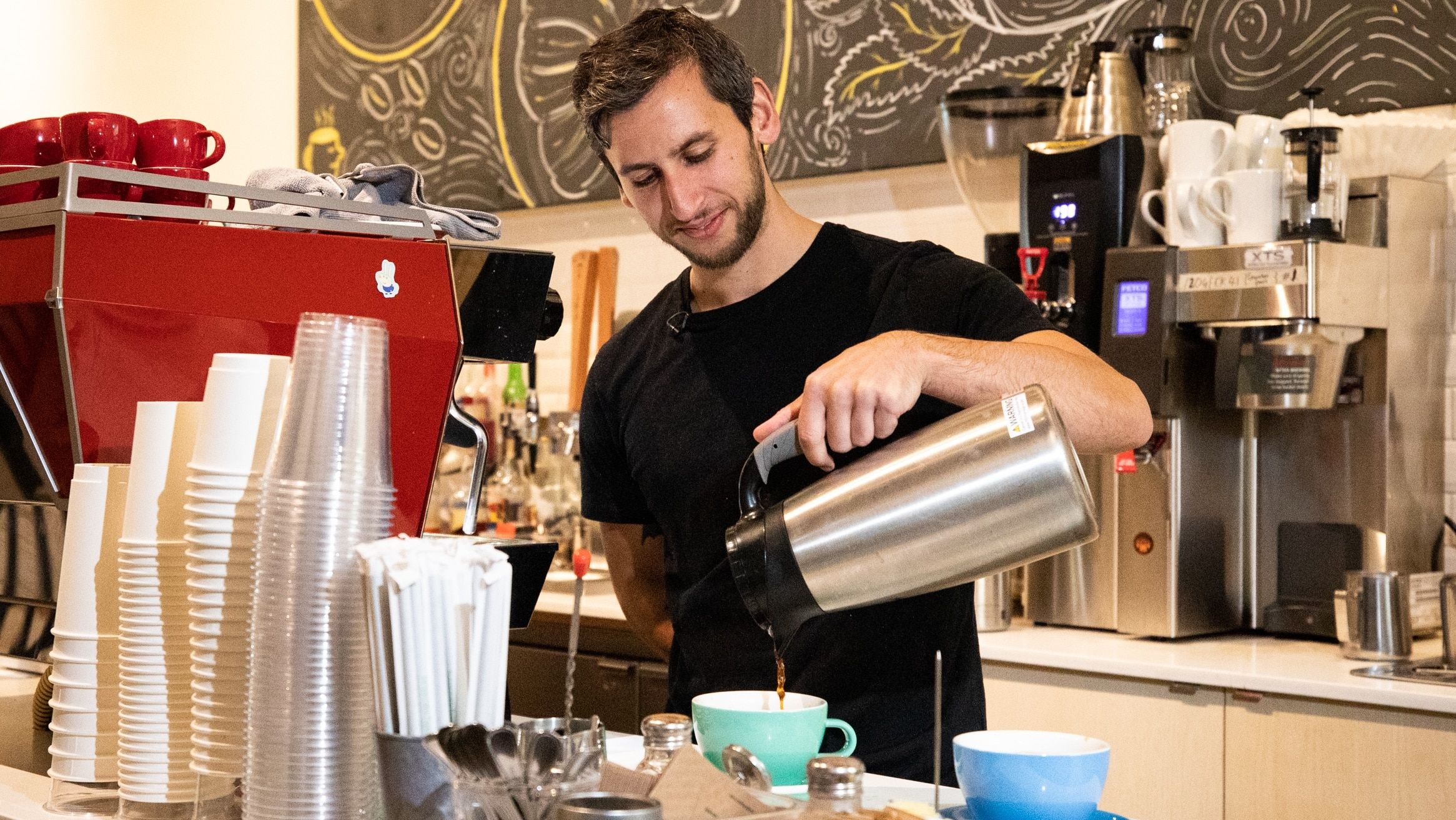 Christian Paul, general manager of Winston's in North Vancouver, says inflation is contributing to more than just the rising cost of food.

Mitsy Tsoukas, the owner of Neighbour's Restaurant & Pizza House in Vancouver, says she is raising her menu prices as soon as this week.

"They have to go up because we've done our quarterly, and it's not working the way that it is," Tsoukas told Michelle Elliot, the host of the CBC's B.C. Today, on Thursday.

She says if prices decrease, she "absolutely" would lower her menu prices.

Mark von Schellwitz, the vice president of Western Canada with Restaurants Canada, says restaurants still have some "incredible hurdles to overcome" in recovering from the pandemic and inflation.

"You are talking [substantial] increases in our food costs. When you look at dairy, it's up nearly 20 per cent, beef 16 per cent, cooking oil 20 per cent. There's been a lot of inflationary pressure ... and our natural gas costs have gone up by about 22 per cent as well."

He says about 85 per cent of restaurants in Western Canada went into additional debt to keep their doors open during the pandemic, and with the current labour shortages, restaurants are still struggling to rehire staff as they try to attract employers back with increased wages.

"We have more than half of our members that are still losing money or just breaking even right now," he said.

Christian Paul, the general manager of Winston's in North Vancouver, says inflation has affected all aspects of their business. He says it feels like they are just trying to "catch up and pivot" to keep their doors open.

"Inflation rate has been huge. It has quite literally affected everything from basic supplies to even things like oil, food costs, coffee, transport logistics ... and you feel it in every aspect."

During a call-in segment on restaurant prices on CBC's B.C. Today, some residents voiced frustration with the higher prices, while others said they've gotten creative with their restaurant choices.

"I have two young toddlers ... so when we do go out, we pick and choose based on ... family pricing," said caller Jay Mah.

Others, like Leonard Johnson, said they wouldn't be able to go out at all.

"Food service is becoming very expensive. I worked in kitchens for about 15 years, so I understand what they're dealing with, but I won't go out to eat again soon.

The latest report from Restaurants Canada shows that some restaurants will have to raise their prices by up to 15 per cent by the end of 2022. We'll talk about some of the reasons why...and what other stressors the restaurant industry is up against. And in our second half, what's behind burnout? And how can workplaces prevent it? We'll chat with Merv Gilbert, a psychologist who focuses on workplace psychological health and safety.