اخبارالعرب 24-كندا:الخميس 15 سبتمبر 2022 06:48 صباحاً Chelsea has ruled the roost in the Women's Super League over the last few years, winning three consecutive English championships to go along with a pair of FA Cups and two FA League Cups.

The Blues look poised to continue their dominance, thanks in some part to the addition of Canadian defender Kadeisha Buchanan, when the 2022-23 WSL season kicks off this weekend.

Buchanan, a 26-year-old native of Toronto, established herself as one of the best centre backs in the world during her six seasons at Olympique Lyon, helping the French club win five domestic championships, five UEFA Champions League titles and three French Cups.

But the stalwart defender wanted a new adventure and turned down offers from other WSL clubs in the off-season to sign with Chelsea. Buchanan's arrival at Chelsea strengthens a roster that's already littered with international stars, including Australian striker Sam Kerr, who was the league's top scorer last season.

Canadian women's team coach Bev Priestman believes Buchanan will benefit from the move from France to England, and that it will better prepare her for next summer's FIFA World Cup.

"It'll pose a different challenge to what she's experienced at Lyon. The [WSL] might be more physical, and that'll be great for Kadeisha; it'll bring her game alive a little bit," Priestman said.

"Kadeisha was ready for a new challenge. Players need to keep on the edge of things, and what I do know with Kadeisha is when she is challenged, she really rises. She'll enhance that Chelsea side."

Buchanan's transition at Chelsea will be helped along by the presence of fellow Canadian Jessie Fleming, a 24-year-old midfielder from London, Ont., who is coming off a breakout season.

After playing four years of NCAA soccer at UCLA, Fleming made her professional debut with Chelsea in 2020-21 but struggled for playing time in her rookie campaign. Last season was a completely different story. Fleming featured in 21 of Chelsea's 22 WSL games, starting 11, while scoring six goals and tallying four assists. She also scored her first goal in the UEFA Champions League, as she became a key starter for the Blues. 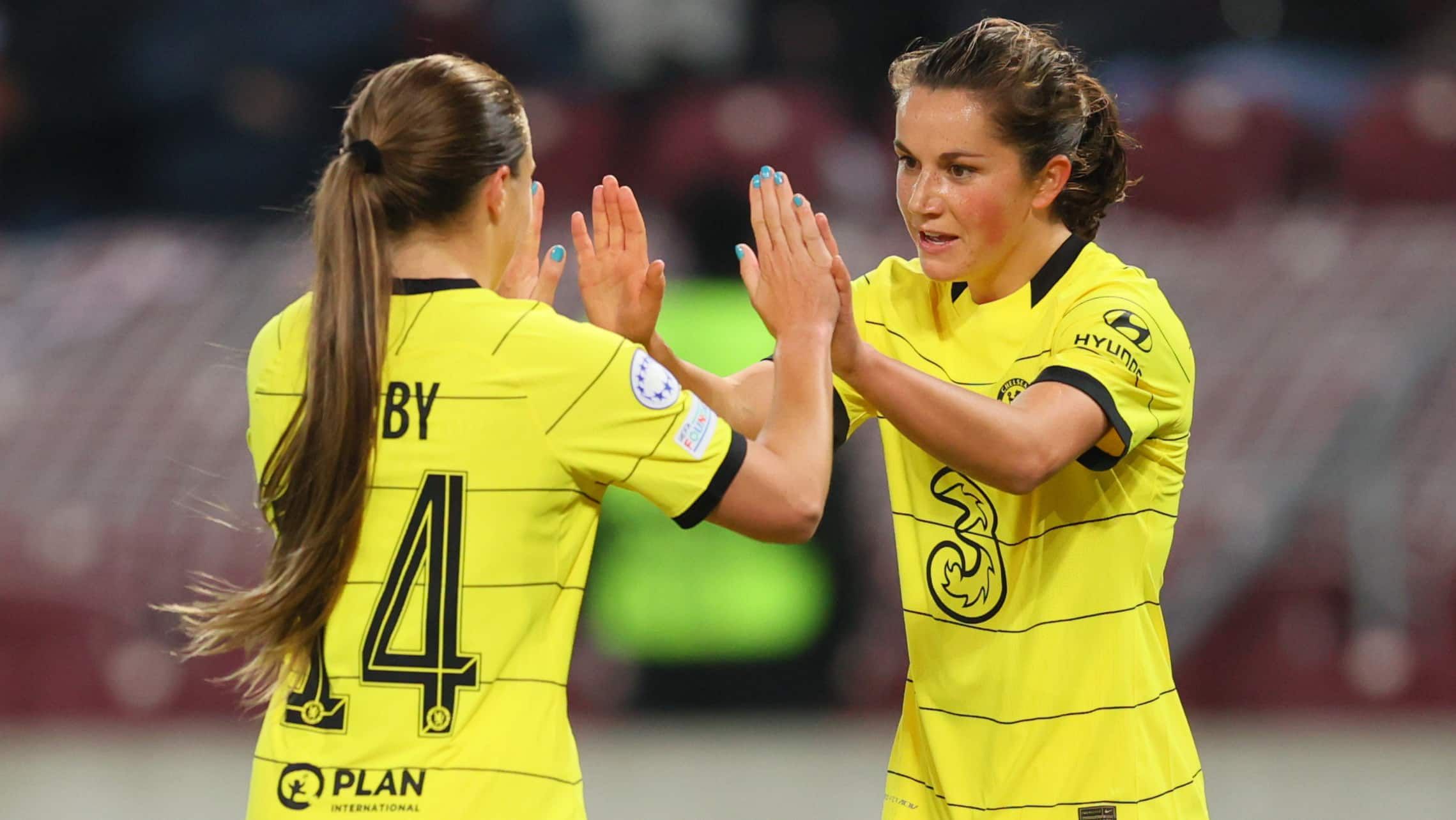 Chelsea isn't the only London-based club with one of Canada's Olympic gold medallists in their squad. Centre back Shelina Zadorsky, a 29-year-old from London, Ont., is set to play in her third season for Tottenham Hotspur.

She first came to the WSL prior to the 2020-21 season via loan from the NWSL's Orlando Pride and quickly became a starter for Tottenham. Spurs were so impressed with Zadorsky that they signed her to a permanent deal and gave her the captain's armband for a few games. She then inked a contract extension last May, another sign of just how important she'd become to the club.

Zadorsky stepped up in a big way in Canada's recent two-game exhibition series against Australia, anchoring a back line that was decimated by injuries. Among the absentees were Buchanan and Vanessa Gilles, the team's starting centre back duo, but the Canadian's hardly missed a beat with Zadorsky quarterbacking the defence

"The leadership role at this [Canadian] camp and at Spurs, and what Spurs are doing as a club, I think it'll be fantastic for Shelina," Priestman said. 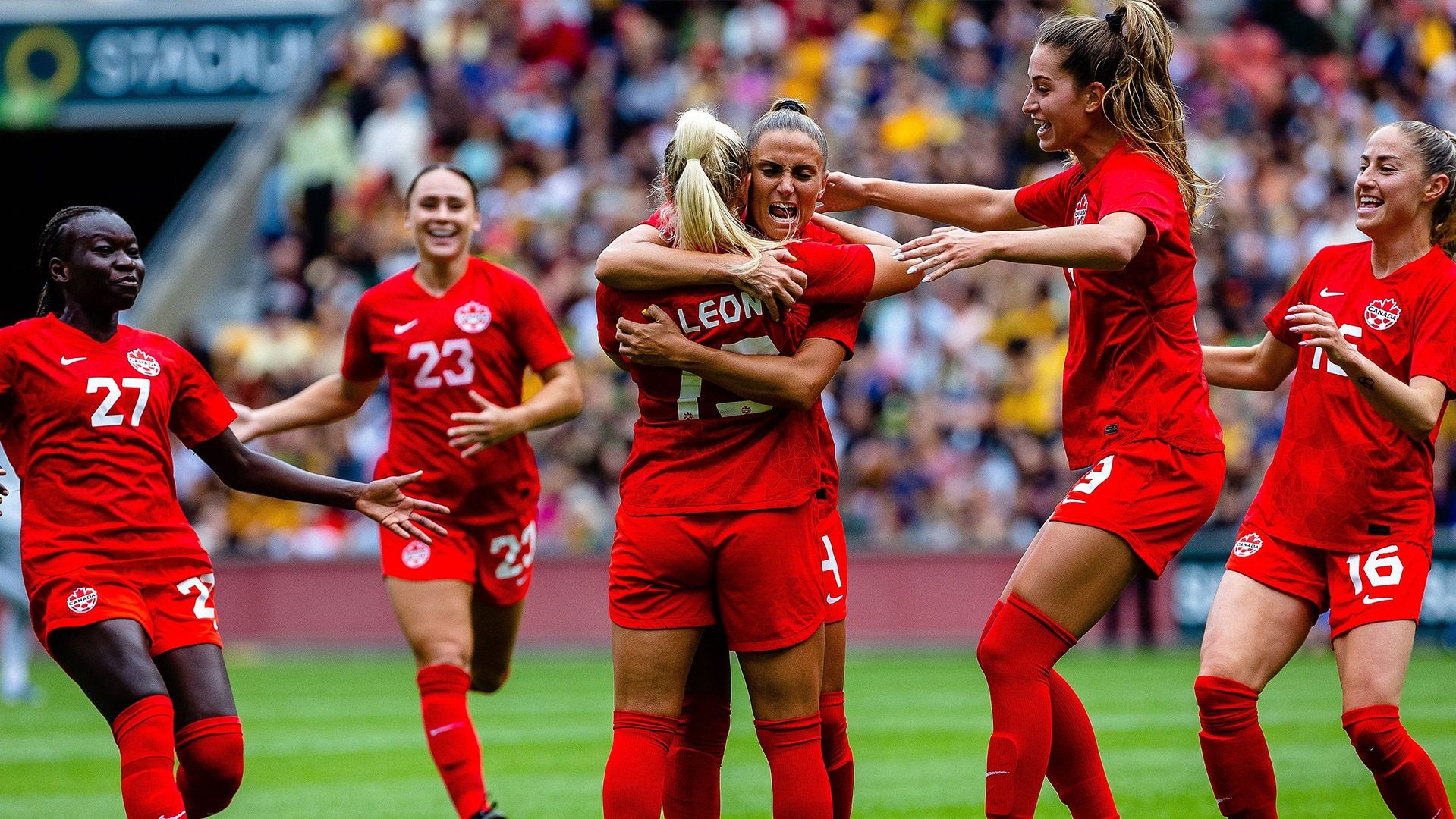 Canadian forward Deanne Rose, 23, enjoyed a solid rookie campaign with Reading FC in 2021-22, scoring three goals in 18 appearances as a starter. The native of Alliston, Ont., won praise as one of the league's brightest newcomers while testing herself against some of the world's best players.

Her finest moment came when she scored a spectacular goal in a 1-0 home win over Chelsea before the Christmas break. In the fourth minute, Rose collected a pass deep inside her half and went on a fantastic solo run, dribbling for 40 yards as she breezed past several Chelsea players, before eventually firing her shot past Ann Katrin-Berger, regarded as one of the best goalkeepers in the world.

The hope is that Rose can produce more moments like that this season, and help Reading improve on its eighth-place finish.

Of the five Canadians in the WSL, none have as much buzz surrounding them as winger Adrian Leon. The 29-year-old from Mississauga, Ont., scored just 13 goals across four seasons at West Ham United. But Manchester United saw enough in the Canadian that they pried her away from the Hammers when they signed her to a two-year deal in the off-season.

Leon is one of the hottest Canadian players at the moment. She scored all three goals in Canada's two wins against Australia, and has now found the back of the net in three of the Reds' last four games to up her tally to 27 in 88 international appearances.

Priestman believes Leon's move from modest West Ham to English giants Manchester United is a big step, and is only going to help her game progress.

"Every time she comes into camp [for Canada] I get excited just seeing her on the pitch. She makes a difference, she's very technical, aggressive. I think that Manchester United move is going to take her game to another level … I think it's only going to help her be where she can be, where we all know where she can be," Priestman offered. 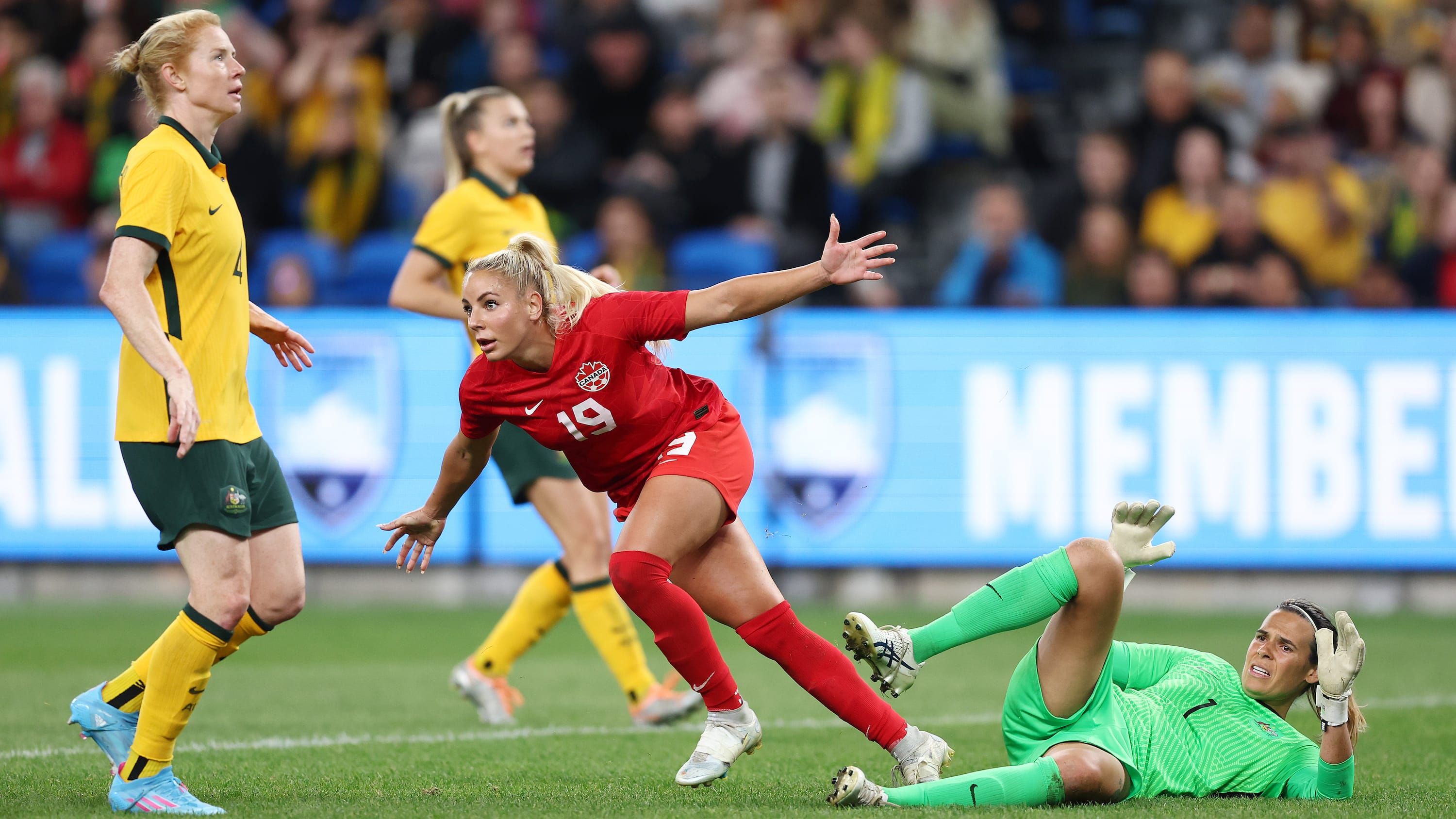 After scoring the lone goal in Canada's 1-0 win over Australia in Brisbane on Saturday, Adriana Leon bagged a brace in Canada's 2-1 victory in Sydney on Tuesday.

السابق Snowpack a 'house of cards,' says Avalanche Canada after death of off-duty Nelson police officer
التالى RCMP clashes with its watchdog over Mountie's decision to Taser a veteran with a medical implant