اخبارالعرب 24-كندا:الخميس 15 سبتمبر 2022 04:23 صباحاً A recent ruling by Canada's transport regulator in favour of two Air Canada passengers whose flight was delayed is the latest development in the ongoing battle over whether airlines must compensate passengers for flight disruptions caused by crew shortages.

In a decision published on Aug. 25, the Canadian Transportation Agency (CTA) ordered Air Canada to compensate passenger Lisa Crawford and her son $1,000 each following a flight cancellation that delayed their August 2021 trip from their home city of Fort St. John, B.C., to Halifax by almost 16 hours.

According to the CTA, Air Canada initially told Crawford the flight cancellation was caused by a crew shortage linked to COVID-19, and was safety-related — so she wasn't eligible for compensation.

The airline's response prompted Crawford to take her case to the CTA, a quasi-judicial tribunal.

"Staffing and other aspects of operations are the employer's responsibility to manage," said Crawford in an email to CBC News.

The CTA agreed, stating in its decision that Air Canada failed to provide evidence "establishing that the crew shortage was unavoidable despite proper planning," so Crawford and her son must be compensated.

Under Canada's Air Passenger Protection Regulations (APPR), airlines only have to pay compensation — up to $1,000 per passenger — if a flight cancellation or delay is within the airline's control and not required for safety reasons.

"I was thrilled with the CTA's finding," said Crawford, though she and others question if the case will carry much weight.

That's because WestJet recently filed a request to appeal a similar CTA ruling in July where WestJet was ordered to compensate a passenger for a flight delay involving a crew shortage. The airline argues the CTA's decision was flawed, because it was based on a misinterpretation of Canada's air passenger rules.

"Given the ongoing disagreement on how the regulations are to be interpreted and/or applied, I believe the real outcome for my case and likely many others, remains to be seen," said Crawford. 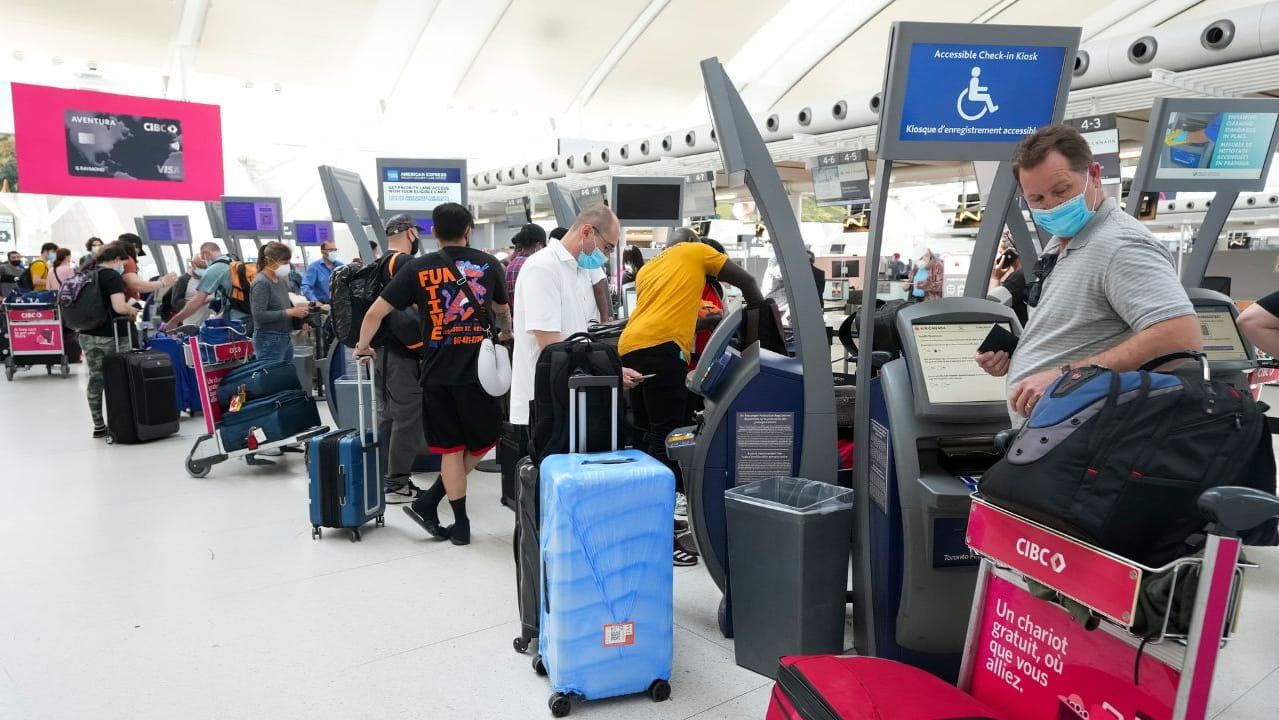 21 days ago
Duration 2:08
The Canadian Transportation Agency says it has received more than 7,000 complaints from airline passengers about flight disruptions since May. It’s expected that new refund rules coming next month will help some passengers, but there are still growing concerns that airlines have too much wiggle room to avoid paying.

According to the CTA, it has received 13,743 air passenger complaints since May 1, of which 87 per cent are related to flight disruptions.

The CTA's ruling in the WestJet case, issued on July 8, was supposed to help clear the air on some of those compensation disputes.

In that case, WestJet initially denied passenger Owen Lareau of Ottawa compensation for a cancelled flight, stating it "was impacted due to flight crew member availability and required for safety purposes."

In its decision, the CTA clarified that staffing issues typically warrant compensation because, in general, they are an airline's responsibility and can't be categorized as a safety matter.

But in a motion filed in the Federal Court of Appeal on Aug. 10, WestJet argued that, according to the APPR, the CTA can't presume crew shortages warrant compensation and then put the onus on airlines to disprove it.

Consumer advocate and lawyer, John Lawford said WestJet is offering a narrow reading of the rules, and that the CTA ruling in July set out to clarify them.

"[The airline is] saying, 'That's nice, the actual wording of the regulations is all we will follow and we're going to court.' "

WestJet, the CTA and passenger Lareau have each declined to comment on the case.

Former Air Canada executive John Gradek said he believes some airlines will continue to deny compensation for flight disruptions caused by crew shortages — unless a court lays down the law.

"They're going to continue down this path until they're told otherwise," said Gradek, a lecturer and program co-ordinator for the aviation management program at McGill University.

"They'll keep trying to get away without paying, because it is a very serious expense."

'Minister should be spanking these guys'

CBC News asked Air Canada if, like WestJet, it planned to appeal the CTA's ruling that it must pay Crawford and her son compensation.

Spokesperson Peter Fitzpatrick replied that the airline was unable to comment as it's still reviewing the ruling.

But Air Canada is already taking part in a legal battle that calls into question Canada's compensation regulations. The airline is one of more than a dozen applicants, including the International Air Transport Association, which filed a motion in 2019 to appeal the APPR.

In that case, which is still before the Federal Court of Appeal, the applicants argue the regulations are "invalid" for international flights because they differ from the Montreal Convention, a treaty adopted by many countries — including Canada — which establishes airline liability for flight disruptions.

"I suspect before Christmas, we will find out from the Federal Court of Appeal if the entire APPR regime gets tossed or not," said Lawford, executive director of the Public Interest Advocacy Centre.

1 month ago
Duration 2:01
Some travellers say they’re being denied compensation for cancelled Air Canada flights as the airline claims the flight disruptions were 'due to crew constraints' and beyond their control.

Lawford said federal Transport Minister Omar Alghabra should assist passengers with compensation claims by sending a stern message to airlines that they must abide by the compensation rules set out by the CTA.

"The Minister should be spanking these guys, these airlines, and saying, 'How dare you, how dare you screw up my regulations,'" said Lawford.

Since August, Alghabra has repeatedly issued public warnings to airlines that they must follow the rules.

"Passengers have rights and they need to be respected," he said in a statement just last week. "We will continue to protect the interests of passengers when travel doesn't go according to plan."

But, so far, the warnings haven't curtailed the flood of air passenger complaints pouring in to the CTA; it currently faces a backlog of more than 23,000 grievances.