Taking children with autism to Mexico for fecal transplants 'out of scope' for naturopaths, regulator says B.C. naturopaths are not authorized to transport young patients to another country in order to treat autism with fecal microbiota transplants (FMT), the College of Naturopathic Physicians of British Columbia has confirmed.

The CNPBC issued a statement Monday night in response to a CBC News report about Vancouver naturopath Jason Klop, who advertises "retreats" in Mexico where children with autism can receive pills and liquids made from human stool, at a cost of $15,000 US.

"If Dr. Klop ND is taking patients abroad in order to provide FMT treatment, he is operating outside the scope of practice for naturopathic doctors in B.C.," the statement said.

The college would not confirm whether Klop is under investigation for offering the therapy, but the statement pointed out a number of ways that the treatment he advertises could be in violation of B.C. regulations.

Chief among them is that B.C. naturopaths are not permitted to perform FMT for any reason.

FMT is approved in Canada for treatment of recurrent Clostridium difficile infections, it is not approved for use as an autism treatment in either Canada or the U.S., and the college says it does not condone helping patients access therapies abroad that aren't approved here.

The college statement came not long after directors of the B.C. Naturopathic Association (BCNA) voted to suspend Klop's membership Monday evening in response to CBC's reporting.

BCNA executive director Glenn Caissie said that suspending Klop's membership is "the most serious step we can take."

He said the BCNA has also turned up "disturbing information" suggesting that Klop has advertised for salespeople to work on commission to sign up patients. Caissie pointed to an old post (since deactivated) on the online job board ZipRecruiter, where Klop promises "doctor income" for people working at home in their pyjamas.

"This approach is completely inappropriate for any health practitioner but flagrantly contravenes the CNPBC code of ethics," Caissie said.

The BCNA is a voluntary professional group formed to promote the work and services of naturopaths in B.C. Unlike the college, it has no regulatory power. 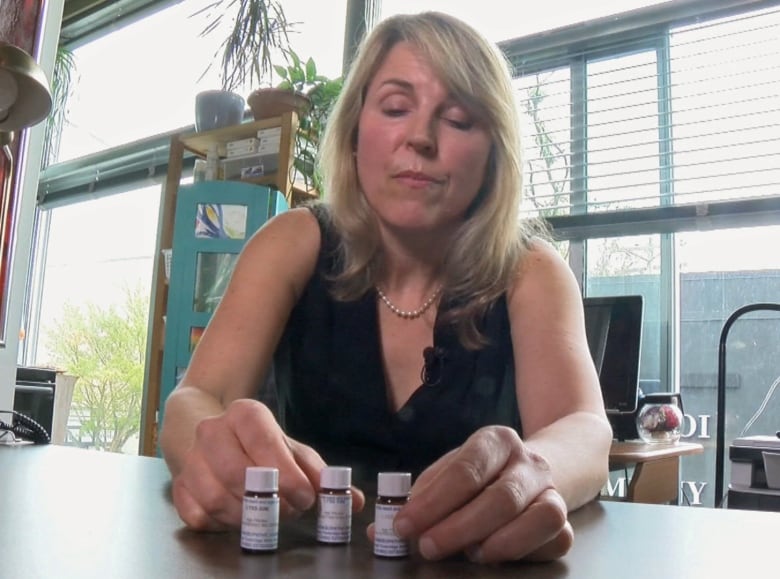 The BCNA filed a complaint against then-naturopath Anke Zimmermann in 2018 in response to a blog post in which she talked about treating a four-year-old boy with a homeopathic remedy made from rabid dog saliva. (CHEK News)

But the organization has taken strong stances in the past against the questionable actions of certain B.C. naturopaths.

In 2018, the BCNA filed a complaint against Victoria practitioner Anke Zimmermann after she boasted online about using a homeopathic remedy made from rabid dog saliva to treat a four-year-old's aggression problems. Zimmermann eventually agreed to surrender her licence, but continues practising as an unregulated homeopath.

Caissie said his group has forwarded the information it has gathered about Klop to the college. He also pointed out that Klop only joined the BCNA less than two weeks ago.

Klop did not immediately respond to requests for comment about the actions of the BCNA and the college. As of Monday night, he remains a registered naturopath in B.C.

As CBC News reported last week, Klop says he's used FMT to treat children from around the world as young as two at a clinic south of Tijuana, Mexico. He claims the treatment has produced "dramatic improvements" in symptoms of autism spectrum disorder.

Experts on autism and the gastrointestinal system describe what Klop is advertising as experimental, overly expensive and potentially unsafe.

FMT uses bacteria and other microbes taken from the feces of a healthy person and transferred to a patient either anally or orally, with the goal of restoring a normal environment inside the gut.

Fecal transplants have shown a lot of promise for illnesses like C. difficile. As the treatment’s claimed list of uses grows, we debunk the myths 2:39

There has been some preliminary research into whether FMT could help improve symptoms of autism, but so far it has been based on studies using very small sample sizes, no control groups and no controls for the placebo effect.

One of the researchers involved in that work told CBC News she'd been approached by a parent interested in Klop's business, and she responded, "If it was my child, I wouldn't do it."

Experts say that while FMT holds promise for treatment of a wide range of conditions, there is a serious risk of infection if both the donor and recipient aren't properly screened.

Last year, a 73-year-old man with a compromised immune system died after receiving a transplant from a stool sample contaminated with antibiotic-resistant E. coli.

السابق 'We're not getting the support we need': N.W.T. foster care employees speak out
التالى A girl, 14, was allegedly assaulted. Her mother says Coquitlam RCMP pressured her not to pursue charges