A Winnipeg high school student has died from the flu.

Blaine Ruppenthal, a Grade 12 student from Kelvin High School, died Monday after suffering medical complications related to Type A influenza, according to his family.

The 17-year-old suffered cardiac arrest twice on Jan. 7 and was rushed to St. Boniface, where he was put into an induced coma and received hypothermic therapy, says a Facebook post from his cousin Mary-Anne Clarke.

"Doctors have concluded this was caused by the Type A influenza," Clark wrote.

"He was a beautiful, smart, kind boy," she added in a message to CBC News.

Kelvin principal Maria Silva sent a letter on Monday to parents and guardians of all students, saying a counselling centre will be up at the school for anyone who needs to talk.

"It is hoped that by providing a supportive place for expressions of grief, the students and staff will be able to understand and cope with the loss," the letter says.

"We are shocked and deeply saddened by the news of his passing."

The school letter also includes a link to a Facebook memorial page; Ruppenthal's family asked that it be shared so friends could contribute memories and condolences.

"Just as we have encouraged students to express their feelings here at school, we also encourage you to discuss the death at home," Silva's letter to parents says.

"Listening to your child and acknowledging their feelings will be helpful. As each child and their experiences are different, the need for discussion and support will also vary."

The province reported one previous death due to flu this season, in December. No information on the age or gender of the person was provided.

Earlier this month, the Winnipeg Regional Health Authority activated overcapacity protocols and the regional flu plan in its hospitals due to a surge in patients in emergency, urgent care and critical care departments.

In an internal memo sent to staff obtained by CBC News, WRHA adminstrators said there had been confirmed cases of Type A influenza, Type B influenza and respiratory syncytial virus at the same time.

"To have all three viruses surge at once is unusual. Most years, each virus starts and peaks at a different time," the memo says.

"This is a challenging time but all hands are on deck and we are monitoring the situation and meeting every day to ensure we are doing what we can to provide safe care."

So far this year, just 22 per cent of the province's population has been immunized with the seasonal influenza vaccine, Manitoba Health says. 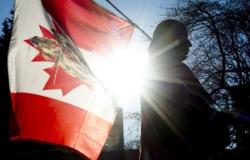