ملفات اخبار العرب24-كندا: What makes the riding of Brampton-East  competitive to all three parties is that NDP Leader Jagmeet Singh held it when he was an Ontario MPP. Add to the mix that  his brother Gurratan Singh is the current NDP MPP, and you have a competitive three-way race. (Mark Gollom/CBC)

Rajesh Randeria stands outside his two-storey house in his upper middle-class neighbourhood of Brampton Ont., as two election campaign soldiers for the local Conservative candidate drive up to invade his front lawn.

"This is the army of Ramona Singh," he says, laughing.

This so-called attack by the two men, who also happen to be friends of Randeria, consists of adding another Ramona Singh sign to his already crowded front yard.

The neighbourhood, located in the Brampton East riding, is dotted with campaign signs, more Liberal and NDP than Conservative. Brampton ridings, like many of the ridings in the 905 area code in the Greater Toronto Area, have historically bounced back and forth federally between the Liberals and Conservatives.

In 2015, Brampton East was won by Liberal candidate Raj Grewal, who later left caucus over a gambling addiction and sat as an Independent before Parliament was dissolved for the election. He decided not to run again.

But what makes Brampton East competitive to all three parties is that NDP Leader Jagmeet Singh held it when he was an Ontario MPP. Add to the mix that his brother Gurratan Singh is the current NDP MPP, and you have a competitive three-way race.

'Good chance of picking up'

"So, for the NDP, it is one of those seats that they are targeting and that they think they have a good chance of picking up." said CBC News's polls analyst Eric Grenier.

Before Grewal sat as an Independent, all five federal seats in the community belonged to the Liberals. In the 2011 federal election, the Conservatives swept the area. Four years later, the Liberals replied with their own sweep, suggesting that when one riding goes a particular way, all of Brampton might follow, Grenier says.

"Folks are really frustrated that we had five Liberal MPs and a majority government and Brampton didn't get any real investment," says NDP candidate Saranjit Singh, a labour lawyer.

Ramona Singh, however, concedes that Grewal was a popular MP, but his departure means that this riding, where two-thirds of the population are South Asian, is in play. 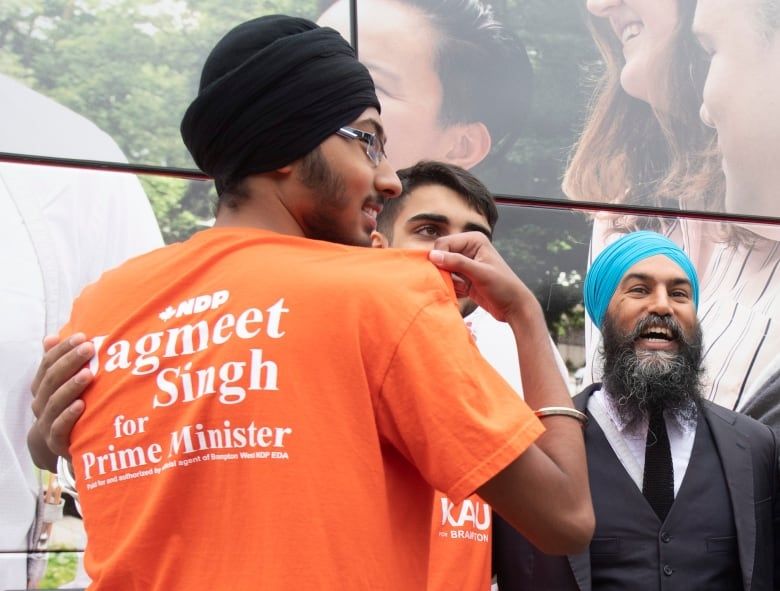 "Having an incumbent is always challenging," she said. "So I think what makes this riding interesting now is there is no incumbent. You have 22,000 new voters and it's up for grabs."

Door-knocking at the homes of residents in this riding reveals an array of issues for voters. Both Ramona Singh and Saranjit Singh — Liberal candidate Maninder Sindhu did not respond to interview requests — acknowledge that provincial and municipal matters come up quite often.

Among young people, the cancellation last year of a Ryerson University campus for downtown Brampton is an issue. Others complain about the high costs of car insurance and that the city is in desperate need of another hospital for a population of more than 600,000.

"One hospital is not doing the job," said Harsh Gadde, a student.

That's likely why Jagmeet Singh waded into what is strictly provincial jurisdiction, saying he, as prime minister, would build a new hospital in the area. (He has said he would do this by consulting with Ontario Premier Doug Ford)

But among federal issues, immigration and family reunification are "a big deal here," said Ramona Singh. So too is having to upgrade skills for those who were professionals in their home countries. Labour shortage is also an issue, with 15.6 per cent of the labour force employed in manufacturing, roughly twice the national number.

Blackface not an issue

But questions over Andrew Scheer's insurance credentials, or his recently revealed dual citizenship don't seem to come up much, nor is there much talk about Trudeau's brownface and blackface scandal.

"I mean it's unfortunate that happened, but it doesn't mean anything to me in terms of his policies," said Jide Oladejo, a lawyer.  "You look at how people are performing in government."

Oladejo, who sports a big Liberal Sindhu sign on his front yard, is more concerned that Scheer will turn out to be another Doug Ford, regardless that he and Scheer lead parties in different jurisdictions.

"It doesn't matter. It's Conservatives. They have the same ideology."

For Randeria, an immigrant from India who has lived in the riding since 2008, the concern is refugees, particularly those from Syria, He believes too many are coming in and that too much taxpayer money goes into helping them resettle.

"I wasn't happy with the policy of Mr. Trudeau," he says. "That's something that needs to be changed."

Meanwhile, at the doorway of her Brampton family's home, where her brother has erected a large Saranjit Singh in the front yard, student Roshni Bhatti said she will reluctantly vote again for Trudeau.

She was a supporter of the prime minister, but was turned off by the SNC-Lavalin scandal, his approval of a pipeline and what she believes is his failure to live up to commitments to the Indigenous community. Still, she has decided to vote strategically.

"As much as I would want the NDP to win, I am going to vote Liberal just in opposition to the  Conservatives." 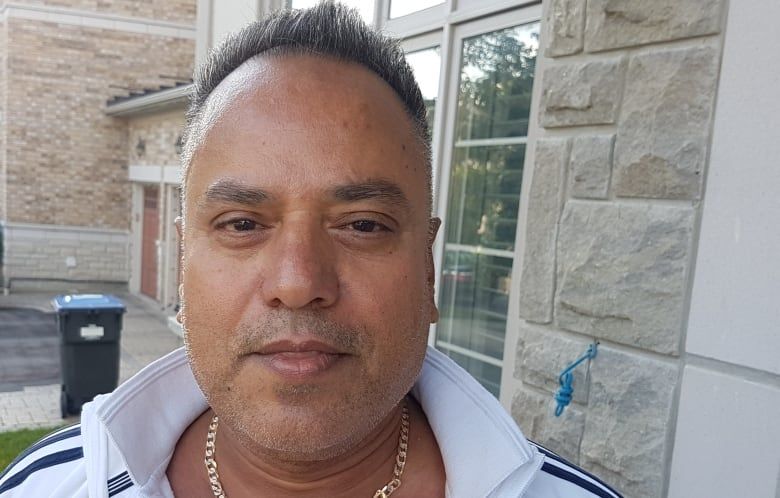 Rajesh Randeria says he will be voting Conservative, and that he doesn't agree with Justin Trudeau's policies on refugees.

Every election, the GTA becomes a major focus for all the political parties. The region has more seats than most provinces and almost as many as Alberta.

"But unlike a lot of those other provinces, they actually do swing around from one election to the next," Grenier says.

"These voters are just not tied to their parties like they are in other parts of the country."

For example, Brampton resident Frank Jawalie is undecided. It's certainly understandable that he hasn't had much time to pay attention to the campaign — he works two jobs as a garbage truck driver and welder.

"That's how you make it, I leave home four in the morning and come back 11 at night. Every day."

"I'm rarely home so I got to think about it." Trudeau to address the House as anti-pipeline blockades continue