ملفات اخبار العرب24-كندا: A man watches two vehicles barrel through, despite the flashing crosswalk sign being on. (Gary Solilak/CBC)

Alarm, disappointment and worry: those were the feelings expressed by two experts who watched video CBC News gathered showing dangerous behaviour — by drivers and pedestrians — at a Winnipeg crosswalk.

The Osborne Street and Walker Avenue crosswalk is in a fairly residential area, but the street is considered to be high-traffic in terms of the number of pedestrians and vehicles that use it daily.

Just two blocks away, at Osborne Street and Morley Avenue, a man was struck and killed by car as he crossed the street in March of this year.

A few weeks after his death, CBC News went to the Osborne and Walker crosswalk — which runs across busy Osborne Street between a Safeway grocery store and a strip mall — to examine how pedestrians and drivers were behaving. Cameras were set up to gather nearly an hour of video, during which the crosswalk's button was used 52 times.

That hour-long video was then condensed to highlight the most surprising infractions captured on camera — 14 in total in the space of an hour. It was reviewed by two experts who work in traffic safety — a driving instructor and a former traffic officer — and by an urban planner.

The incidents included cars rushing through the crosswalk, a truck slowly creeping into the lane while people crossed, and pedestrians rushing across without ensuring the roadway was safe.

"I'm surprised there's not more of them [pedestrians] hit, actually, because of the way pedestrians cross and the lack of patience on the driver's part as well," said Len Eastoe, a former traffic cop and the founder of Traffic Ticket Experts. 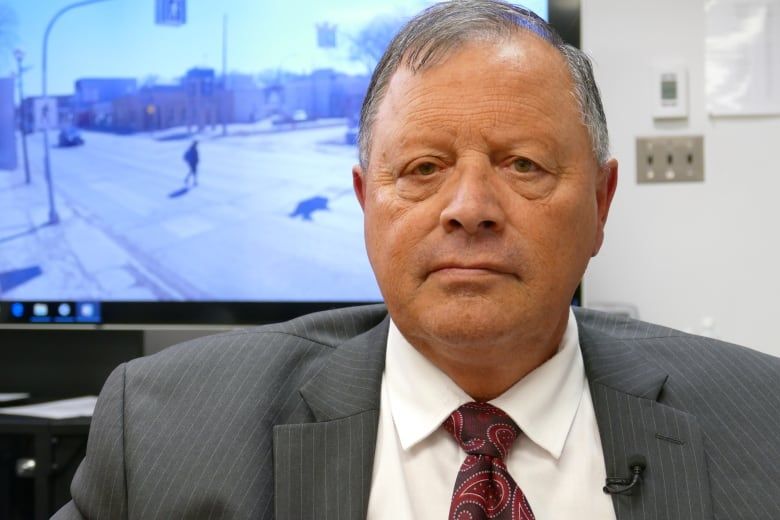 This year has been a particularly deadly one on Winnipeg's streets. Ten pedestrians have been killed in the city in 2019, and the same message has been echoed each time from the loved ones of the victims — change is needed.

The number of pedestrian deaths within the city this year is already more than triple the three pedestrians killed in Winnipeg in all of 2018.

"This year could be the deadliest in decades for pedestrian fatalities," Manitoba Public Insurance said in a press release last week.

On average, 12 pedestrians are killed each year on roadways in the province. There have already been 13 pedestrian fatalities in Manitoba this year.

"I strongly believe that the drivers have to have more patience, because from the tape we have seen, some of the drivers don't stop," said Joe Eko-Davis, who, along with Eastoe, reviewed CBC's video from the Osborne and Walker crosswalk.

Eko-Davis has spent 33 years as a driving instructor with Elegance Driving, trying to ensure that Winnipeggers getting behind the wheel are driving safely for their benefit, and the benefit of others.

Both men said some of what they saw in the video was alarming.

Eastoe was particularly shocked by one incident captured — a man approached the crosswalk and hit the button, but two vehicles barrelled through the illuminated crosswalk.

"He's hit the button [but] nobody stopped. Those two had ample time to stop.… They would have seen him walking up there," said Eastoe. "He almost didn't even see them. He could have been gone."

"That guy is not supposed to be going," said an animated Eko-Davis, as he watched video of a truck driving past the flashing lights at the Osborne and Walker crosswalk.

The pedestrian hit the button and started to step into the roadway, but the driver continued through the crosswalk without hesitation, not stopping for the pedestrian — who had already entered the roadway.

The more he watches, the more disappointed he is by the lack of respect drivers show toward pedestrians.

Watching the video, the same thing Eko-Davis notices sticks out to Eastoe — a lack of patience.

"The law says you're supposed to wait for that pedestrian to be at a place of safety," Eastoe said. "They're just not doing this."

But drivers aren't the only ones at fault. In one incident, Eastoe was shocked when three pedestrians crossed metres away from the marked crosswalk, cutting across the middle of the street.

"That's totally problematic, because you take for granted all these drivers are seeing you and that you're gonna be able to cross, and you don't know whether there's somebody coming up that curb lane," said Eastoe.

Improper use of crosswalk. 0:30

As the pedestrians nearly finish their crossing, one of them turns his back to oncoming traffic.

"They could get picked off just by not paying attention properly, and their back is turned completely to the oncoming traffic."

Eko-Davis acknowledges that pedestrians make mistakes — but they're not the ones "driving a thousand-pound vehicle," he said.

An infraction frequently committed by drivers in the video CBC captured was immediately accelerating as soon as the pedestrian was no longer directly in front of them.

That eagerness is not only irresponsible, but breaks or skirts the law, said Eastoe.

"Technically the person is supposed to be at a place of safety," he said. "If you follow the law, then that's when they're on the curb."

If a pedestrian is crossing and there is a median in the road, the driver is clear to proceed once the pedestrian reaches the median. Otherwise, you're supposed to wait till they've fully crossed the street.

Eko-Davis said he teaches his students to wait till they see the pedestrian safely reach the curb before proceeding — an especially important practice in a city like Winnipeg, where drivers are often dealing with icy or snow-covered streets.

"We need to let the drivers understand that it's always good to completely stop at least for a few seconds," he said.

"If you do this … in wintertime, and somebody is hustling or hurrying and all of a sudden maybe the road is slippery and he or she falls — you're already moving," he said. 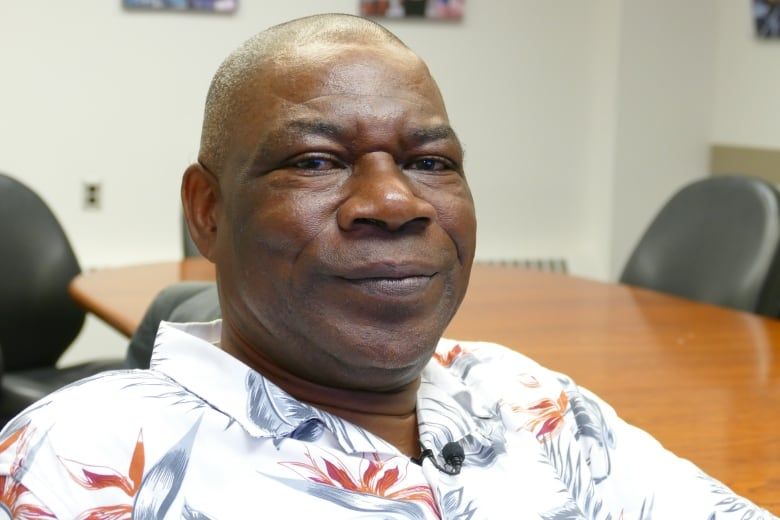 Joe Eko-Davis, a driving instructor for the past 33 years, urges drivers and pedestrians to be calmer at a crosswalks. (Jeff Stapleton/CBC)

The key thing to remember when it comes to crosswalks is that pedestrians always have the right-of-way, according to MPI's driver's handbook.

But even given their right-of way, Eastoe says pedestrians still need to be cautious when entering a crosswalk — and give drivers a chance to stop.

"Hesitation is so important with making this crosswalk function properly. When they hesitate, it gives drivers that split second, or sometimes a few seconds, to react properly and know what they're doing," he said.

CBC News also asked the Winnipeg Police Service's traffic division and the City of Winnipeg to review the video. Both parties declined.

"We generally monitor and enforce crosswalks on a daily basis. There are times when we are specifically targeting crosswalks as part of a project," a Winnipeg police spokesperson said in an email response to the findings.

"The traffic division does, however, work with [the Canadian Automobile Association] to develop educational pieces."

MPI does have a handful of tools like the Manitoba Driver's Handbook, the Driver Z program — which is set up in school for students — and a 60-second TV spot which talks about properly using crosswalks and intersections.

But Eastoe doesn't know if there's enough ongoing education to ensure that everyone understands the laws clearly.

"Pedestrians, as well as drivers, get completely complacent in how they approach these crosswalks, and that education is important … to refresh the memories about what each is supposed to be doing, what their responsibilities are," he said.

"We forget those things. We all get into bad habits."

While Eko-Davis understands that education is important, he wants to see a greater emphasis on enforcing the laws at pedestrian corridors.

Eastoe agrees with enforcement, but feels that it shouldn't just target drivers.

"Enforcement has to be on both sides."

But education and enforcement might not be enough on their own — engineer Hazel Borys thinks Winnipeg needs to make some changes to its crosswalk system to improve safety and make them more pedestrian friendly.

CBC asked Borys, CEO of the urban planning firm PlaceMakers, to also review the CBC video from Osborne and Walker to see what changes she'd suggest. 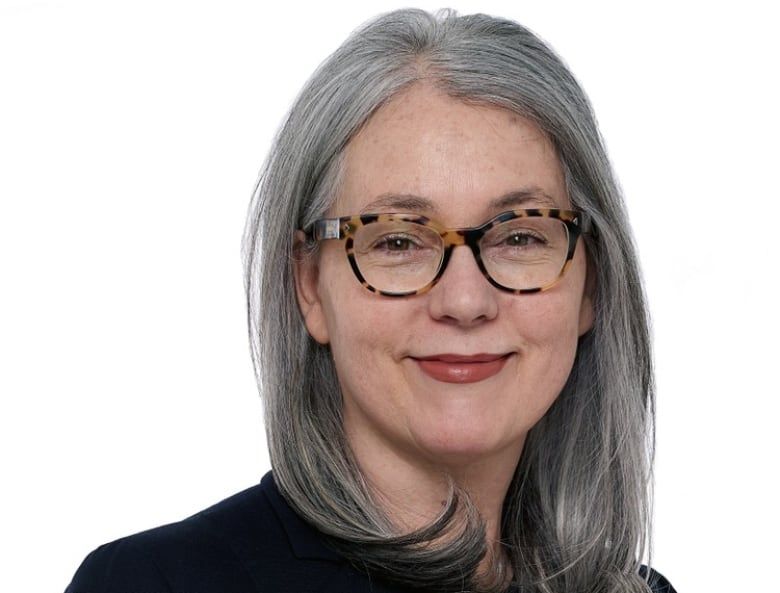 For areas that are high traffic and pedestrian priority, like South Osborne, Borys believes more is better when it comes to crosswalks.

"The biggest thing that is missing in Winnipeg today is the frequency of crosswalks. Public works standards should be established for these areas that allow a greater crosswalk density," she said.

Borys said she'd like to see painted crosswalks occur every 130 metres, at a minimum in high-traffic, pedestrian priority areas. As it stands now, she said, "pedestrians frequently have to walk 370 metres or more to get to a painted crosswalk … to cross a busy street."

That would also improve the walkability of Winnipeg throughout the colder months of the year, she notes.

In the end, though, Eko-Davis says the solution may simply be for everyone to slow down.

"There is no reason to hurry or to hustle."