Arabnews24.ca:Monday 5 December 2022 03:02 PM: "No one knows the full truth. We know the full truth." The words of Prince Harry as the trailer finally announced their documentary series is out on Thursday, and confirmed that Harry and Meghan will not hold back.

Any sense that this would be a series dominated by an optimistic outlook about their future and their philanthropic ambitions have been blown out of the water, with the promos laced with drama, high tension and the sense that this is their opportunity to fight back.

Some of the accusations we have heard before, but in this polished and highly produced format this feels more pointed.

Harry's family and the palace are firmly accused of spreading stories about them and feeding the media's appetite to bring them down.

His description of it being a "dirty game" which brings "pain and suffering to women marrying into this institution" is particularly emotive, along with Meghan's claim: "I realised they're never going to protect you".

Harry's anger and disgust at the media "feeding frenzy" is something we've heard many times before but it is interesting to see pictures of his sister-in-law Kate also featured, alongside his mother Princess Diana, when you consider the alleged rift between Kate and Meghan.

As soon as I posted about the documentary release date on social media, Harry and Meghan's supporters immediately replied and defended their right to fight back, saying that for too long the media has run away with the narrative - now it is their time.

But others will argue that - just like the Oprah interview - the documentary won't challenge their side of events. Already the two trailers are being "fact-checked" by those who aren't convinced that the accounts from the Sussexes are correct.

What feels most surprising is that Harry, a man who's always been so conscious of not letting the media in on his private life, has now it seems given us a stepladder to have a good look behind the palace walls.

He's invited us in to show they were victimised.

Any suggestions that the Queen's death may have brought the family together are firmly crushed in that 50-second trailer.

Responding to the allegations in the Oprah interview in 2021, his grandmother said in a statement that "recollections may vary". Now Harry's father, the King, must wait for what other recollections are to come. 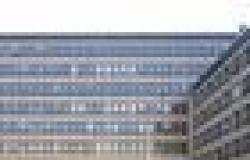