A new study, recently published in Nature Communications, looks to understand how carbon locked in the frozen ground is released into the atmosphere by studying core samples from across northern Canada.

"This study has really augmented the knowledge of the permafrost carbon pools across a large swath of Canada that was previously ... never examined before," said Melissa Lafrenière, the study's principal investigator. The study was written and led by Julien Fouché with Queen's University.

When carbon in the soil is converted to carbon dioxide it can contribute to climate warming, said Lafrenière.

The study found carbon is not only being released in the thawing soil, it's also ending up in water and potentially being flushed into lakes and rivers where it's quickly broken down into carbon dioxide.

Twenty-five core samples were taken from nine regions across Canada, including the High Arctic, Churchill, Man., Nunavik, Que., Daring Lake, N.W.T., and Baker Creek in Yukon, near the Alaska border.

The landscape ranges from boreal forest to peatlands to tundra vegetation.

The sample size is small, but Lafrenière says when it comes to calculating how much carbon is stored in permafrost globally, few samples come from within Arctic Canada.

"There is a major gap in the knowledge," said Lafrenière, including understanding the potential for carbon in thawing permafrost to be released and eventually end up in lakes, rivers and the atmosphere.

"This new research helps fill that gap," she said.

The study focused on permafrost up to three meters deep in the ground.

It found higher levels of carbon and nutrients such as nitrogen in areas one to two metres deep — the areas "most vulnerable" to thawing, said Lafrenière.

When the carbon-rich soil mixes with water, that soil breaks down into smaller pieces and can potentially move into aquatic systems, such as lakes and rivers, like tea seeping from a teabag, said Lafrenière.

This dissolved organic matter is more easily digested by microorganisms, such as bacteria and fungi, she said. When microorganisms eat that matter, it's broken down and carbon dioxide is released, said Lafrenière.

"It's just further proof really of the potential for permafrost to fuel this positive feedback," she said.

The Northwest Territories has some of the most ice-rich permafrost in Canada, said Ashley Rudy, a permafrost geotechnical data scientist who studies landslides from permafrost degradation and infrastructure corridors across the N.W.T.

She's observed tea-coloured water in lakes while flying over the Central Mackenzie Valley region of the N.W.T., more evidence that dissolved organic carbon is getting into the water system.

"We know that this area is accelerating in respect to permafrost degradation" due to the thaw of ice-rich permafrost, said Rudy.

"It's warming at a quicker rate," she said. "We're seeing evidence of degradation, landslides, all this change every year."

Understanding how and why these changes are happening is critical in planning and adapting, said Rudy.

The study did not make predictions for how much total carbon in permafrost could be released into the atmosphere in Canada.

But the amount of carbon in the shallow permafrost that could be dissolved and carried by water upon thawing could be around 10 to 40 times the annual carbon emitted as carbon dioxide in Canada, said Lafrenière.

"This is going to potentially fuel even more rapid climate change," she said. "It's important to understand these systems so we can adapt and mitigate appropriately." 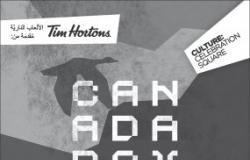